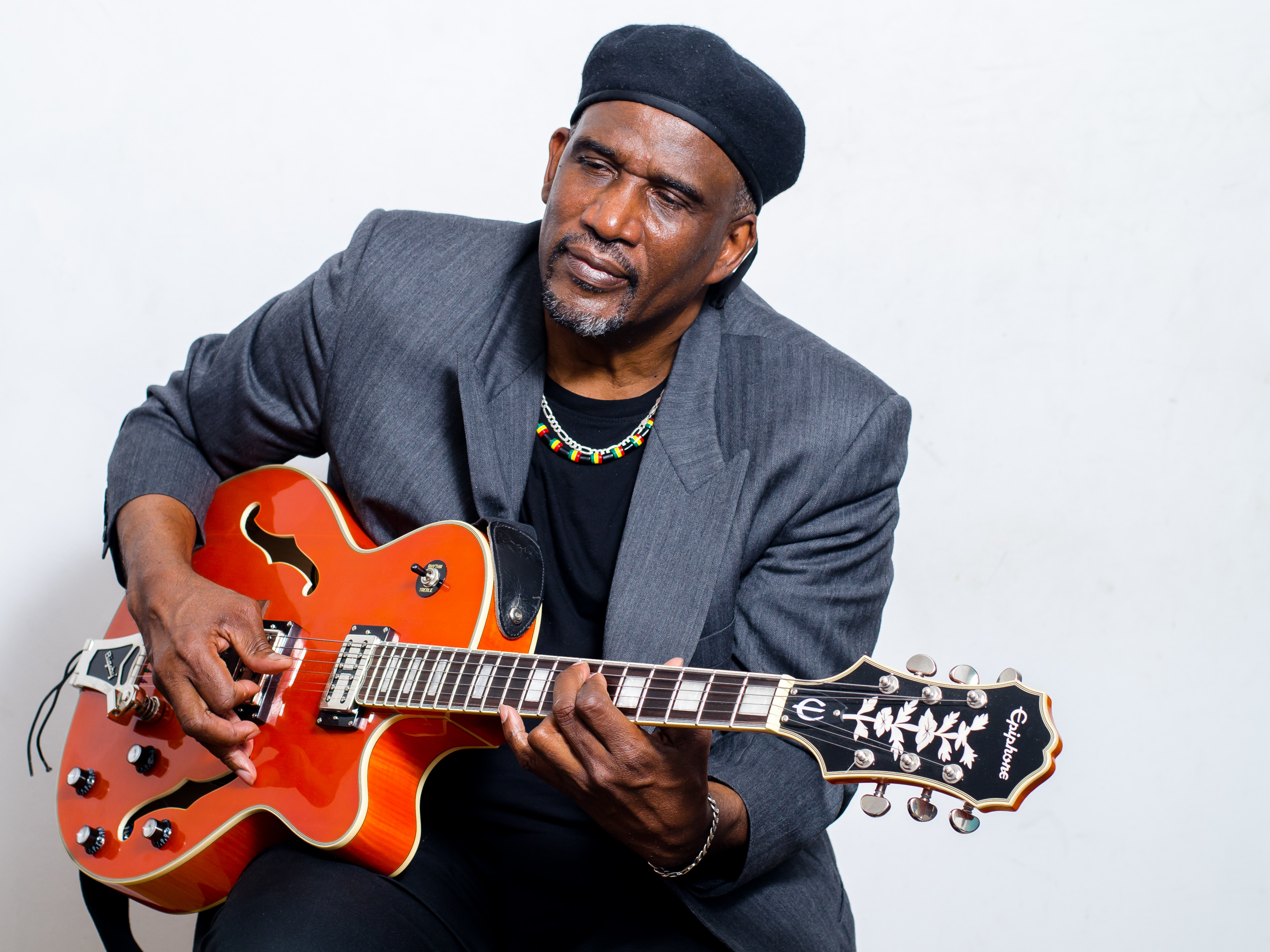 Osbourne ‘Ifield’ Joseph was born in a little village called Wesley, on the beautiful Caribbean island of Dominica. However, whenever you enter his Rock Stone Records Studio in mid-town Toronto the authentic sound of the reggae music he creates leaves one to conclude that the Jamaican genre is definitely a part of his DNA.

He is a multi-instrumentalist who started performing on stage at the age of four. At eight years old, he became a singer in the family band, his local primary school singing group and the local Methodist church choir. This is not surprising, as ‘Ifield’ as he is affectionately known, stems from a linage of musicians. His grandfather, Steady Robin, was a musician and organist for the Wesley Methodist Church in Dominica in the early to mid late 20th century. He and his wife had 14 children most of whom played various musical instruments.

His musical journey has been very colourful and filled with many learning curbs but has no regrets about the journey. He recalls being forbidden while growing up to play mainstream music, such as Calypso, Reggae, Ska, Cadence/Kadas because of the stigma that was associated with those genres at the time. His parents who were devout Christians insisted that any music he played should stayed centered within the gospel music.

At the age of seventeen, he travelled overseas for the first time to the island of Guadeloupe, North of Dominica in search of more musical opportunities. Many Dominican musicians would migrate to Guadeloupe on canoes, planes, and what ever means was available in hopes of getting that chance to record, since Dominica at that time did not have a recording studio. That experience was challenging and rewarding at the same time. He and his musician friends were determined to become successful and persevered under some extreme difficult circumstances, sometimes with no food but the love for the music kept them going.

After a year in Guadeloupe, he returned home and formed several local bands, honing his skills in the process. However, lack of support and musical opportunities in his village forced him to take on a permanent playing position with the Dominica Swinging Stars. They were by far the most economically stable band on the Island.

In 1983, he travelled to Canada with the band on a North American Tour. After the Canadian leg of the tour ended, he was denied a Visa to enter the US and ended up having to remain in Canada.                                            In Canada, he continued to pursue music but also needed other skills in order to survive, because there was not much work available for a musician. He became a barber under the apprenticeship of Frank Ford, Owner of Castries Barber Shop for a few months and while working he kept his eyes on any musical opportunities that arose.

His determination to pursue music at a higher level eventually got him accepted to York University where he pursued a Bachelor of Fine Arts Degree in music. He juggled both careers and used his income to pay his tuition and buys his books and supplies. During that time, he and other family musician members, many of whom migrated to Canada from Dominica, formed a group called “Steady Vibes”. Since all the musicians in the band at the time were grandchildren of Steady Robin; the name was quite fitting. The group became quite successful locally and was a staple as some of Toronto main Caribbean night clubs.

Joseph’s first introduction to reggae music came as a child hearing reggae music playing on the radio in Dominica almost every day. However, his first love for the genre peeked the moment he heard Bunny Wailer’s Black Heart Man album. “My very first introduction to reggae was by way of Bunny Wailer’s album “Black Heart Man,” he said. That was the first album I ever bought in my life, as a matter of fact I bought it twice and I have been hooked on this music ever since.”

Ifield went on to state that though over the years he has worked with stars from other genres like Arrow, The Mighty Sparrow and others.   Reggae has always been a part of him. “I have played music with a lot of soca bands over the years, but reggae has always been a part of my spiritual being”, Joseph said. “I found myself moving on from some bands, because their interest in reggae was not a strong as their interest in other forms of music.”

He regards working with the late reggae icon, Gregory Issacs, as an instrumental part in his developmental knowledge in playing and learning about reggae music. “My greatest experience was working with Gregory Issacs, he said. “At that point it wasn’t working with reggae on the outside, because I was touring with some of Jamaica’s best musicians,” Ifield continued. “This was a very significant experience that helped to mould my knowledge of reggae music.”

Ifield was also very instrumental in the career of fellow Dominican reggae star Nasio Fontaine and continued to work with a great number of entertainers in Canada, Jamaica, the USA and the Caribbean in many capacities; sometimes as an accompanying musician, musical director on tour or producer/arranger/engineer in the studio. Some of those names includes, Sanchez, The Midnight Groovers, The Mighty Diamonds, Judy Mowat, Glen Washington, The Mighty Sparrow, The Mighty Arrow, Delroy Wilson, L.U.S.T, Lazo and a multitude of others.

Today, Osbourne ‘ifield’ Joseph is one of the most sought after musician, producer, arranger and studio engineer in Toronto and each day you can find him creating or working on songs for artists from all over the world. His catalogue of work is long and respectable. Ifield is responsible for some of the best reggae music that has been recorded in Canada in the past few years. His masterful work is evident on his own albums Waking Up and 1st Camel Through the eye of a Needle. He has produced several hit singles with various artists and was very instrumental in the making of Tony Anthony’s award-winning album Then, Now & Forever.

People can learn more about Ifield on social media at