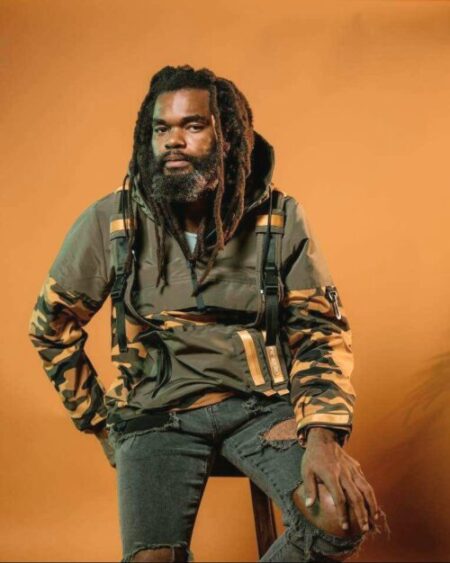 For his sophomore album, ‘High Times’, singjay Dre Island was strategic with the collaborations on the project.

“I put a lot of thought into who I wanted to be on ‘High Times’. Of course, Richie Spice is the definitely the man from Jamaica who represents marijuana from then time till now. Skillibeng is my brother, and it was just natural to put Carlio on the album. This is his first song ‘All Night’ and I will be signing him to my label. He delivered well on the song. Prince Lawrence is featured on ‘Best Life’. I saw him at a session in the Bronx and we decided to do some work,” Dre Island told the Jamaica Observer’s Splash recently.

‘High Times’ was released on June 3 via DubShot Records/Dre Island Music. It is the follow-up to 2020’s ‘Now I Rise’. With eight tracks, ‘High Times’ is a steady burn through life’s most precious moments that elevate the mind, body, and soul.

“The herb/marjuana is my first inspiration. Each of the eight tracks speaks individually of different moments of getting high, being high or living high. However, those who do not smoke can still rock with it. I designed it that way. It is about having a good time, living life to the best of its ability, and appreciating nature. Whether it’s motivating yourself to stay in that uplifting moment or just keep that high energy and soul. Meditate on life in its purest form,” he said.

He continued, “Marijuana is a plant that I use throughout hard times, good times, joy times, the fun times, pain, hurt and every moment of my life. It has been a part of my healing process and it takes me higher in meditation and thoughts.”

According to Dre Island, he has grown musically since his debut album.

“I’ve definitely seen growth musically on the ‘High Times’. The way that I express myself, the way I choose the music, the type of music I choose to sing on this album, and its all a learning process. After the first body of work, I’ve learnt a lot of things I think I should’ve done which I apply to ‘High Times’, of course we’re still growing and still learning more.”

Dre Island enhances his own high in this nuanced song collection. The album’s title track featuring Skillibeng is a straightforward celebration of simple pleasures — papers and good kush — paired to the sounds of swirling key chords and a thick trap bassline produced by Jafrass. As the album progresses, Dre Island shifts to the upbeat tempo of contemporary tropical dance music on ‘High with You’, a classic tongue-in-cheek weed anthem alluding that the plant is a close friend. ‘Take Me High’ is a slower, more contemplative ode to ganja that reworks Louis Armstrong’s lyrics about “trees of green” into the more smokeable type. Roots-reggae singer Richie Spice is featured on ‘High Grade Smoke’ produced by Jamie Roberts. Other producers on ‘High Times’ include Kushface, Green Lion Crew, Che Big 12, Zimi, TJ Records and Tac Dem.

Born Andre Johnson, the 34-year-old Dre Island hails from the Red Hills Road section of St Andrew. His musicianship and revolutionary vocals have been shaking sound system speakers for several years now. He has become associated with the “reggae revival”, a term used to describe a new wave of conscious, spiritually awakened artistes evoking the golden era when foundation reggae artistes sang of oppression. Despite heavily embracing the spirit of reggae and Rastafari, he tries to remain genre- agnostic.