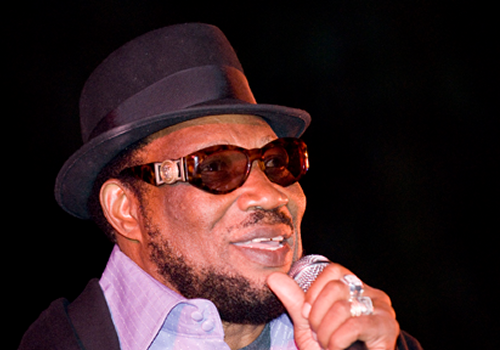 As an emerging singer in the early 1960’s, Derrick Morgan spent a lot of his time at recording studios along Orange Street, a mile-long location that housed record stores and businesses in downtown Kingston, Jamaica.

On April 10, the Ska legend celebrates his 81st birthday with “The Sounds of Orange Street Virtual”, a free streaming show that starts at 5 pm EST.

Derrick Morgan will be toasted by high-profile colleagues including Jimmy Cliff, Max Romeo, Beres Hammond, Beenie Man, Ky-mani Marley, Alborosie, Dean Frasier and Glen Washington. Stranger Cole, Eric “Monty” Morris and The Clarendonians, fellow artists from the Ska era, will also perform. “It’s a good feeling dat everybody coming out like this to show respect. Is good to get respect when yuh alive,” said Morgan, whose actual birth date is March 27.

Though he recorded songs for arch-rival producers Duke Reid and Clement “Coxson” Dodd, Morgan’s greatest success came with Leslie Kong, who was also responsible for the early hits of Cliff, Toots and The Maytals and Desmond Dekker. “He was very creative an’ dat’s why all di artistes he worked with went international,” said Morgan.

One of his biggest hits for Kong was Forward March which marked Jamaica’s independence from Great Britain in August, 1962. Songs like Be Still, Blazing Fire and Moon Hop earned Derrick Morgan an enduring fan base throughout Europe.