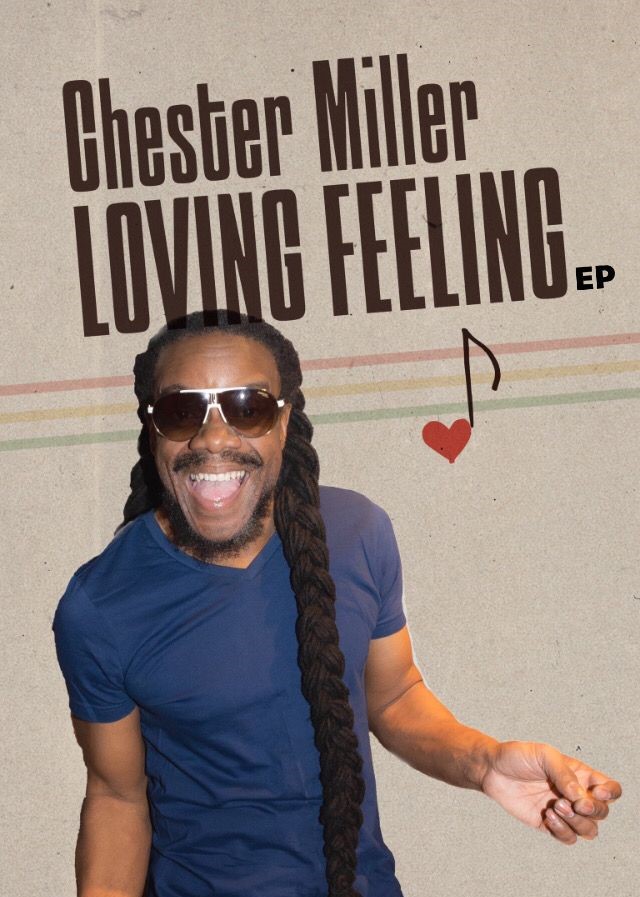 The month of June marks the time to celebrate love and happiness, and Reggae star Chester Miller’s new EP ‘Loving Feeling’ coincides beautifully with the time.

Produced by Canadian Josh Goldman and Tim Dub on the GoldDub Productions label, ‘Loving Feeling’ was released on June 3rd. The eclectic five-song EP exudes love, happiness, and well-being. Miller said the songs were created during the height of the pandemic when everyone was feeling so uncertain as to what the future held. He feels these songs are needed now to help with the healing process.

“Tim & Josh aka, GoldDub Productions, presented these tracks to me and said my voice would be perfect for the riddims. As soon as I heard them, I knew they were right,” Miller said. “I felt the riddims had a late 80s early 90s style to them, King Jammy’s, early Sly & Robbie kind of vibe and the energy in these riddims had happy feeling ‘Loving Feeling’,” he continued. “We knew that we wanted a happy, fun, and positive message in this EP because we felt is what was needed right now.”

Chester Miller is a well-known artist in Canadian reggae for many years, but he rose to prominence in Jamaica in 2019 after a stellar performance at a Dennis Brown Tribute concert in Kingston. With the Dennis Brown look and sound-alike, he has little doubt people will gravitate towards this EP, especially after two-plus years of lockdowns and social distancing. “People want to get back to having fun again, getting together again, going to parties, dancing, feeling free,” he said. “Everyone wants to get back to enjoying their lives again.”

The EP begins with the title track ‘Lovin Feeling’, which sets the tone for the EP.  It features other songs like the infectious ‘Reggae Party’, ‘Bigger Plan’, ‘Blood from a Stone’ and the hot collaboration Come Over this Way, featuring reggae star Lutan Fyah.

The collab with Lutan Fyah came about after I had voiced the song and Tim said this song would make for a good collaboration,” Miller said. “I told him Lutan Fyah was one of my favorite artists, Tim then said ‘Lutan is a very close friend of mine, I did a lot of work with him when I was living in Jamaica’,” he continued. “Tim called and Lutan recognized my name from watching me performing on Onstage in Jamaica.  He said send the track now mek mi put some flames pon it.”

What is next for Chester Miller? He will be shooting some videos for a few tracks from the EP within the next few weeks and then in September, he is back in the studio creating the next EP. “We are just getting started,” he said. ‘Loving Feeling’ is available on all leading online stores.