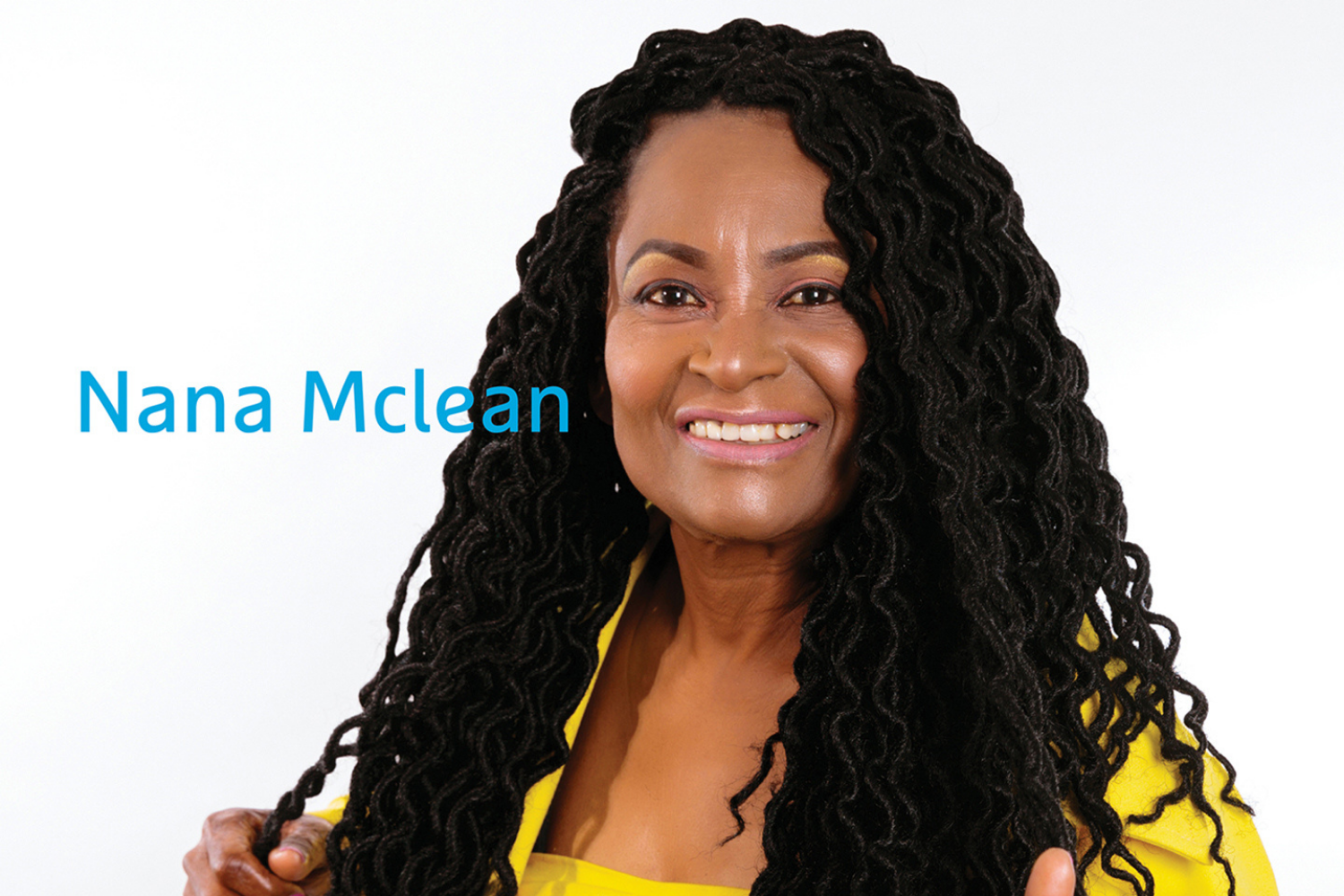 Nana McLean recorded her debut single in 1977 at Studio One for legendary producer Clement Coxsone Dodd, with a rendition of the classic ‘Till I Kiss You. After four decades, she is still one of reggae music premier artists and proudly wears the crown as the Queen of Reggae in Canada.

On any given day, you can find Nana McLean still busy in the studio recording songs as she has been doing for many years ago. She still receives calls from many notable producers who want to capture her unique and sweet vocals and potent lyrics on their latest riddims.  Popular music selectors still reach out for dubplates of some of her biggest hits.

Nana credits her longevity in the music business to her belief that it is a journey and treating it accordingly. She is a professional who surrounds herself with good people to complete her trek. “I work hard over the musical journey to stay relevant”, she said. “I fuse my music with love for my brothers and sisters, I do not listen to negative vibes, I do not turn away from young upcoming artists that need a word, I just stay humble and positive”.

Born in Linstead, St Catherine, Jamaica, Claudette ‘Nana’ McLean began singing at a young age, winning various local contests. A notable success came at the Donkey Carnival in Linstead Market, where her performance opened the door for her singing for the Soul Defenders band, which led to her introduction to Clement ‘Coxsone’ Dodd.

Nana continued to maintain a high profile within the music industry.  In 1979, she recorded ‘Dream of Life’, released through A&M Records. As with many major label signings, the relationship was brief, and she returned to an independent recording career.

In 1987, she recorded ‘Single Girl’ with King Jammys and ‘Take Me Higher’ for the Youth & Youth co-operative. By the early 90s, Nana had gained prominence for her work with Donovan Germain and Dave ‘Rude Boy’ Kelly. ‘Take Me I’m Yours’ was followed by the retrospective ‘Nana’s Medley’, which featured 50s doo-wop over the popular ‘A Love I Can Feel’ rhythm. This led to a series of hits, such as ‘Let Me Cover You’ and ‘I Will Follow You’, which cemented her association with the duo.

She has been a staple on the Canadian music scene for decades. She has shared the stage with top reggae and American stars passing through Canada. Her lively and infectious performances made it a regular occurrence seeing her solo shows sold out wherever she performed in Toronto or surrounding areas.

Nana remains the Queen of reggae in Canada because the standard of her music and performances still demands attention. She worked with Jones & Jones Productions, who managed her career for many years. She performed on many sold-out shows at the Bamboo and Jerk Pit downtown Toronto, as well as on mainstream television shows on City TV, CBC and CTV. She has won numerous Reggae Awards at home and abroad. Nana Mclean’s name will always be synonymous with reggae music in Canada.

Nana is pleased with the number of talented reggae artists making moves in Canada today and acknowledges their use of technology to create an outlet for themselves. However, she knows with all of that, it will need a mix of unity to take it to the next level. “A lot of things have changed in the music world, but we all know music is one love”, she said. “Artists have to come together, whether it’s Dance Hall, Lovers Rock or Roots Reggae, and together they can make it work”.

With over 15 albums and numerous singles to her credit, fans can look forward to her new album titled ‘Higher’, which will be released later this year. Nana said the COVID pandemic in some ways helped to build her strength, coping abilities and songwriting expertise. “Wow, COVID helped me to be strong, it opened my eyes to a lot of different things”, she said. “We have never seen anything like this before”. “I am now writing more, and you will hear some of those songs on my new album”.