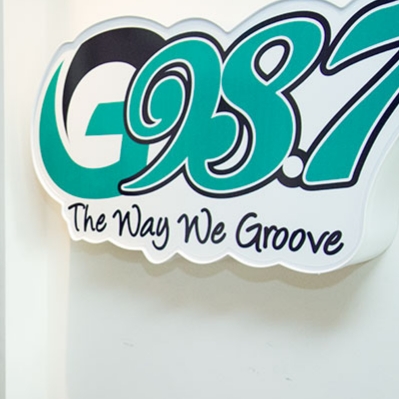 For the past few days when you tune into G98.7FM, you only hear music, lots of music and more music; no news, or commentary, just music. The reason being is that the station is changing the guards and the end of the station’s Black ownership to new owners, CINA Radio Group.

The final approval and completion of the sale of the station were completed Wednesday, September 15th, the official day the station changed hands. You will not hear the voices of your favourite radio personalities that most of us as gotten accustomed to because the new owners will not retain the current Intercity Broadcasting Network (IBM) workforce. The contracts for all employees with IBN have been terminated with an option to reapply for their jobs under the new ownership.

The new owner Neeti P.Ray, is the owner of CINA Radio Group, a multicultural broadcasting network with stations in Windsor and Mississauga, as well as Quebec, serving primarily Indo-Pakistani communities with programs in Hindi, Urdu and Punjabi. He has promised to uphold G987FM’s legacy to serve the Caribbean, African and Black communities of the GTA while providing “much-needed” financial stability following a period of upheaval.

It is reported that the new owners have hired American Gary Gunter as their new station manager.  Gunter the reputation of being a “super-salesman” who started his career in 1999, at Clear Channel as the Sales Manager. He increased annual sales on advertising revenue to over $10 million. He then moved to Radio One Baltimore’s four media outlets and became senior vice president of sales in 2019. He now brings his skills to Toronto and G98.7FM.

In a quote to the Toronto Star, Aubrey Clarke, a Toronto author who launched an online petition to keep G98.7 Black-owned-and-operated stated, “ This is disappointing but not at all surprising. The concern with G98.7 not being Black-owned is that our children and aspiring broadcasters once again cannot look forward to something owned by us. The Black community has been pushed out of full control of our products in Toronto forever.”

All the online petitions circulated to keep the station Black-owned-and-operated, the pleas to politicians such as Mayor John Tory, Ontario Premier Doug Ford and several MPPs and MPs expressed support for the call to keep G98.7 in the hands of Black investors were all in vain. According to Clarke’s report, there were a few Black investors interested in submitting bids, but all backed out because they knew others would put up “several millions of dollars” over the company’s value. So now one can only speculate who the new on-air radio personalities will be and what the new format of the station will be like. I guess we will all know soon as the new era of G98.7 FM begins.