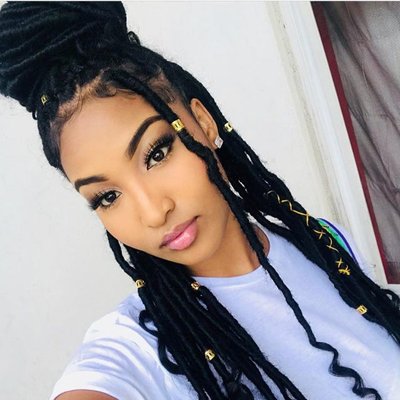 Shenseea the Rising Jamaican Star continues to break away from reggae’s strict tradition as she is confirmed to join the lineup of Pride Island, a three-day music festival set to happen from Friday, June 24 to Sunday, June 25 on Governors Island.

Hosted by NYC Pride, the event coincides with Pride Month, celebrates the LGBTQIA+ community, and features the first-ever trans headliner, German Slut Pop singer Kim Petras. Now that COVID restrictions have lessened in New York City, Pride Island marks the first fully in-person Pride event in three years. According to a press release, it aims to create “new experiences for the community to love and live their truth dancing freely without fear of consequence.

With the theme of “Unapologetically Us,” Governors Island, which will have a few remixed names, will kick off with “Drag Island” on Friday evening, featuring performances from RuPaul’s Drag Race alum Mo Heart and Kylie Sonique Love. Brooklyn’s own hip hop icon Lil Kim will headline on Saturday along with Netta, Raye, and Papi Juice. At the same time, Kim Petras will conclude the weekend’s festivities on Sunday night with DJ Eddie Martinez, DJ Dani Tori, and DJ Alex Chapman on the wheels of steel.

For decades, the stance within dancehall and reggae when it comes to participating in inclusionary events that involve the LGBTQIA+ community has been a hot-button conversation. Critics include Sizzla, who recently denounced Spice’s participation in an Instagram post that spurred a fiery online debate.

“Do not mix reggae and Dancehall with your evil nasty ways; no to guns; no to gays; no to lesbian; no to paedophilia; no to all what’s wrong and going against our culture.”

It remains to be seen how Shenseea’s fans feel about her Pride Island appearance, but it is great to see that she won’t be swayed by negative peer pressure