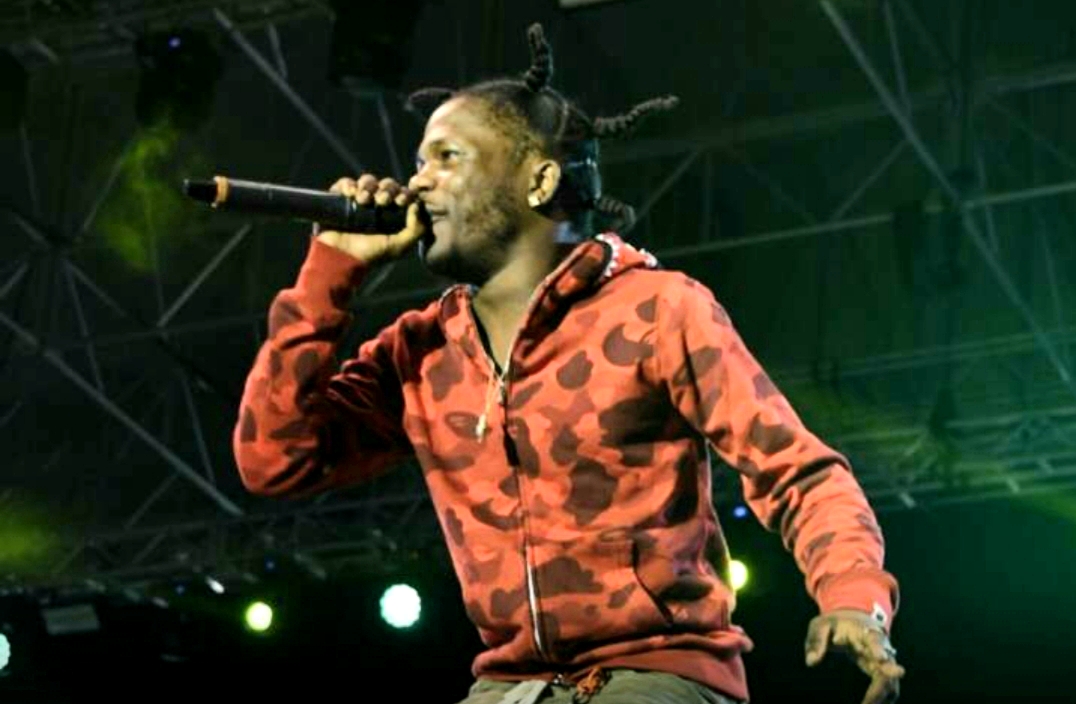 Jahshii was arguably the star of night one at Rebel Salute, held at Grizzly’s Plantation Cove in St Ann on Friday, January 20.

The singjay bore his soul in front of thousands of adoring fans who savoured his 20-minute set, during which the Rebel Salute débutante pleaded for an end to violence.

The pinnacle of his performance came when he leaped from the stage and walked through the crowd as he sang ‘Born Fighter’. By this time, he had discarded his red hoodie, and was clad in a red, green, and gold-coloured mesh merino. 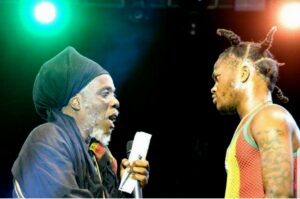 Emcee Mutabaruka was touched and invited the Grants Pen native back on stage to shower him with praises.

“Mi know yuh sing from yuh heart enuh, but I don’t want yuh lef your heart right yah suh. I want yuh carry your heart guh back which part yuh come from, yuh understand? Because a serious thing yuh jus’ do a while ago enuh, fi even come pon di show yah enuh, an’ yuh notice yuh never even deh yah long; is about 15-20 minutes an’ what you do right yah suh bigga than most of di shows weh thousands of people, millions a people deh,” Mutabaruka said before embracing him.

Another highlight from the well-attended show was Papa Michigan’s performance of his hit song ‘Rub A Dub Style’ with his 24-year-old son Ramesh, who also attempted a tribute to the late Jo Mersa Marley, but seemed to forget some of the song’s lyrics.

His father, however, encouraged him, saying: “Alright, di first-time mi guh on stage mi did very shy, yuh understand mi? Plus, he is going on this big Rebel Salute [stage], seeing all these sexy girls…,” he said.

Rebel Salute closed in the wee hours of Sunday with performances from Beenie Man, Luciano, Capleton, Sanchez, Josie Wales, and Stonebwoy among others.