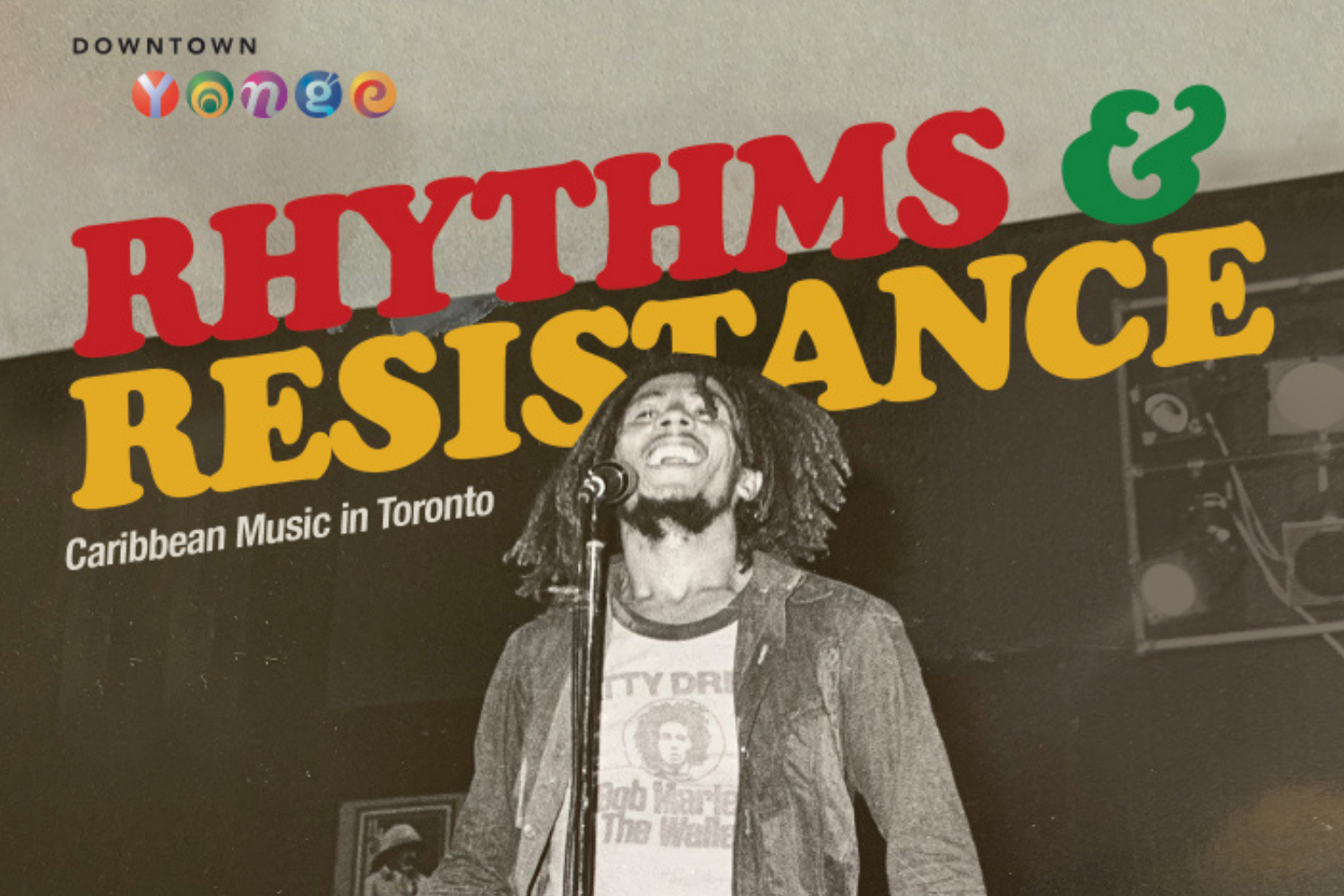 Despite its cold climate, Toronto has long been a hotbed of Caribbean music, a global legacy that is now being showcased in the Rhythms and Resistance exhibit at the Friars Museum. It is the first-ever exhibition of its kind, celebrating a wide range of Caribbean sounds in Toronto, the many artists who produced them, and the cultural soundtrack they created.

The Rhythms and Resistance exhibit is being presented by the Downtown Yonge BIA and the Friars Museum, the legendary building that once housed the Hard Rock Cafe and famed nightclubs The Friars and The Nickelodeon, in partnership with the newly founded Toronto Music Museum, a not-for-profit organization formed by the Downtown Yonge BIA to preserve and exhibit Toronto’s rich, diverse music history.

“Caribbean music has been vital to Toronto’s cultural development for a century,” says Downtown Yonge Chief Operating Officer and Executive Director Mark Garner. “The exhibition’s name reflects the history of Caribbean music in this city as one of resistance to injustice.”

Among the Rhythms and Resistance exhibition’s many rare and wide-ranging artifacts are hundreds of photographs, posters, handbills, recordings, videos, instruments, costumes, clothing, and assorted ephemera related to calypso, reggae, soul, funk, and hip-hop musicians in Toronto, dating back to the first arrival of Caribbean immigrants in the 1940s, ’50s, and ’60s.

Some of the artists featured in this exhibition include Bob Marley, Lillian Allen, Jackie Mittoo, Louise Bennett, the Mighty Sparrow, JoJo Bennett, Leroy Sibbles, Michie Mee, and many more.

Rhythms and Resistance is curated by music historians Klive Walker and Nicholas Jennings, who have created a unique experience showcasing music and culture. “The artists recording and performing this music are primarily a combination of Caribbean people who became Canadians through immigration,” Walker notes, “and others with Caribbean heritage who either grew up here in Toronto or were born here.” “By the 1980s, the city was the second-biggest source of reggae on the planet, second only to Kingston, Jamaica,” Jennings adds. “This collection of artifacts is an invitation to immerse yourself into the memories of diverse rhythms, melodies, and lyrics – all underpinned by a burning demand for equality.”

Everyone should take some timeout during Black History Month to learn about and celebrate Toronto’s powerful Caribbean music legacy. Admission is free to view the Rhythms and Resistance exhibition at the Friar’s Museum, located on the second floor of Shoppers Drug Mart south of Yonge-Dundas Square. The exhibit will be on display until the end of 2022.