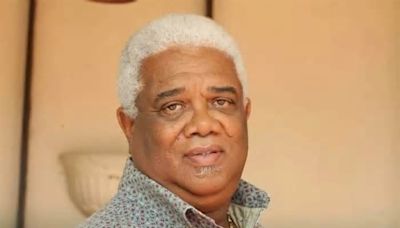 Volier Johnson, a titan of Jamaican theater, died July 9 in Kingston at age 69. The veteran actor and comedian died at a hospital after collapsing at home, Jamaican media reported.

Johnson was a mainstay of the stage, appearing in numerous plays and several movies including The Harder They Come. Though he made his name in plays such as Toy Boy and What The Hell is Happening to us Dear?, Johnson earned enduring fame as ‘Maffie’, the conniving sidekick to Oliver Samuels in the ‘Reverend Reverend’ episode of the hit television sitcom, Oliver at Large.

Among those saluting the prolific Johnson was Jamaican prime minister Andrew Holness.

“This morning, I mourn with all Jamaicans as we heard the news of the passing of our very own legendary actor, Volier Johnson. Johnson played a significant role in Jamaica’s theater community for more than 50 years and has added significant value to our culture. I extend deepest condolences to his family, loved ones, friends, and to the many people who loved and supported him, both in Jamaica and around the world,” Holness said in a statement.

Johnson started in theater while in high school where his mentor was playwright Trevor Rhone. It was Rhone (co-writer of the screenplay) who gave him the role of the handcart man in the opening scenes of The Harder They Come.

For his outstanding service to theater, Volier Johnson was awarded the Order of Distinction (the country’s sixth highest honor) by Jamaica’s government in 2013.