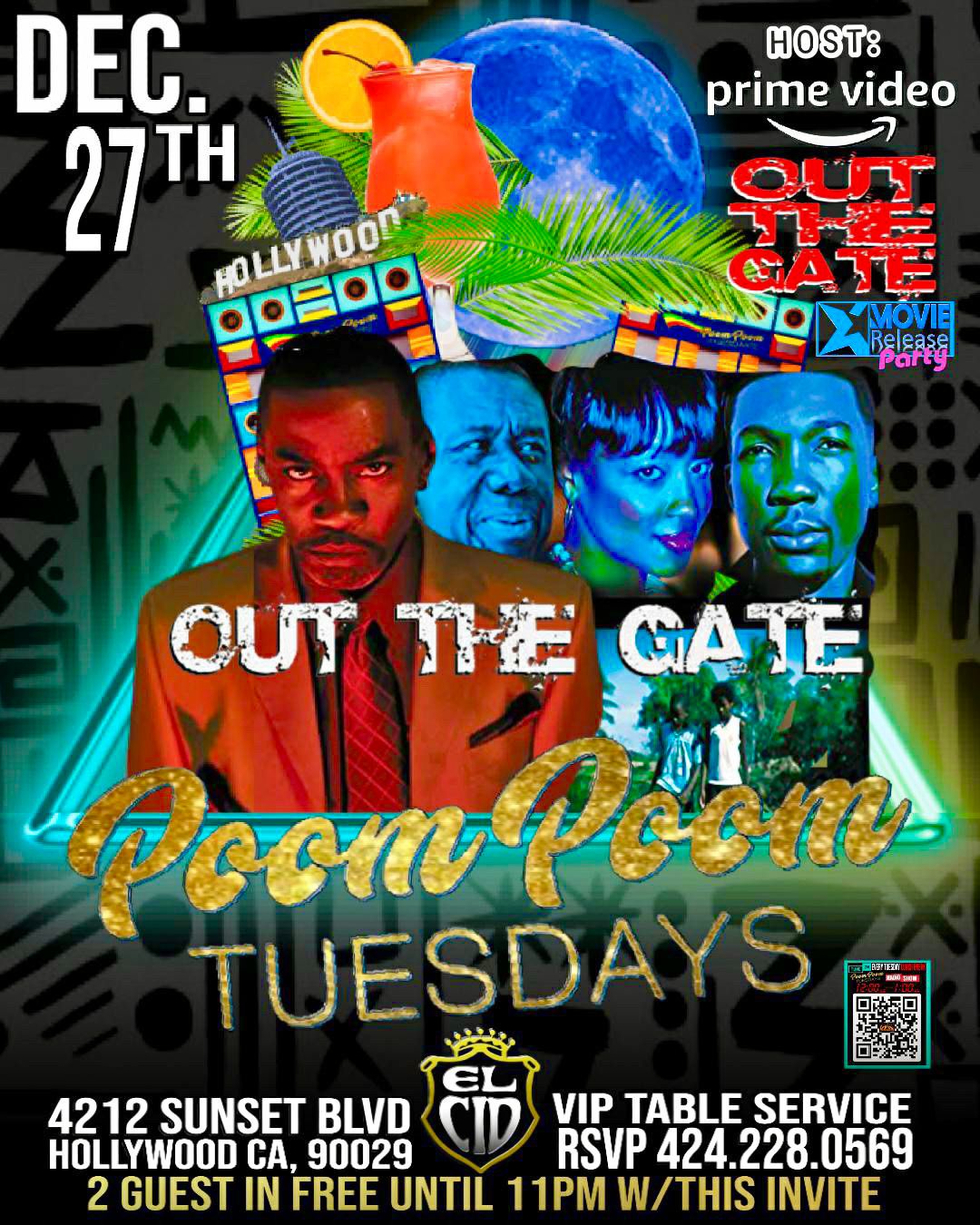 ‘Out The Gate’, a 2011 movie based on the life of Jamaican actor/singjay Everton “E-Dee” Dennis, will be re-released by Amazon Prime on December 24. It is an updated version of the film which stars Dennis and fellow Jamaicans Paul Campbell and Oliver Samuels.  It is co-directed by R. Stephen Johnson and Qmillion.

The Amazon Prime release precedes a meet-and-greet party on December 27 at Poom Poom Tuesdays, a popular spot in Los Angeles for dancehall fans and lovers of Jamaican culture.  “E-Dee who has appeared in several movies since his debut in ‘Out the Gate’, spoke about his personal attachment to the film which was shown in theaters in New York, Atlanta, Los Angeles, Toronto, and Kingston.

“Out the Gate” is my biopic, so it’s me telling my story which I think is one of the best things an artist can do or should do, or else someone will tell your story for you,” he said.  “Out The Gate’s soundtrack has six songs by E-Dee who has three albums to his credit. The latest, ‘Elevate’, was released in May.  The Amazon Prime edition of the movie is enhanced by improved sound and closed caption.

E-Dee is from Clarendon parish in central Jamaica. He has appeared in other movies such as ‘Gangland’ and ‘Temperature Rising’.  Mother-in-Law’, his latest project, stars Vivica A. Fox and Michael Nunez.