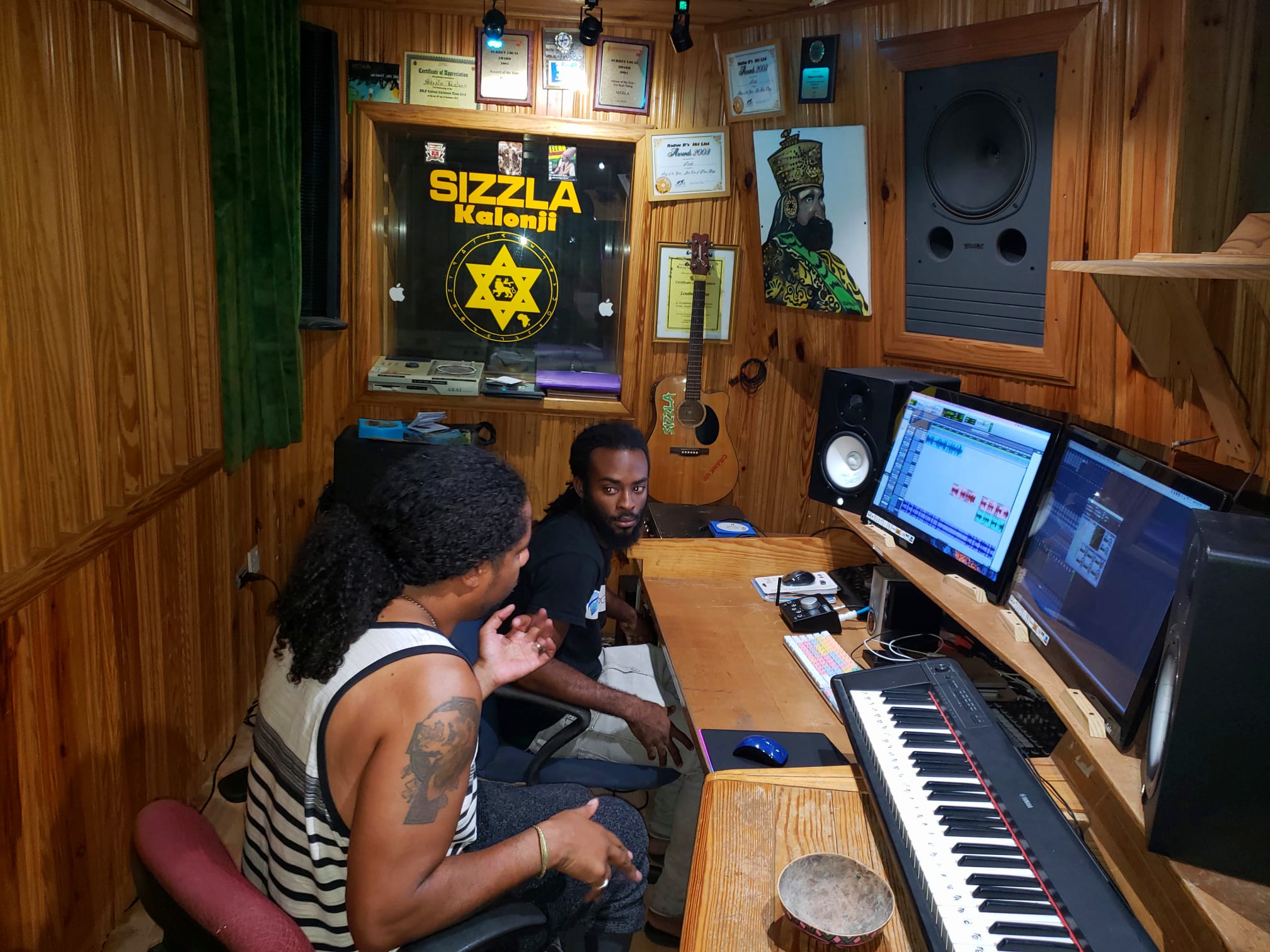 Christopher Steffler is the owner and founder of Vancouver-based Mercury Artists, a record label and creative management company for artists and brands. He has dedicated his music career to generate life and visibility into each of his projects and artists. Reggae North recently had a chat with him and discussed his connection with reggae music and August Town in Jamaica. 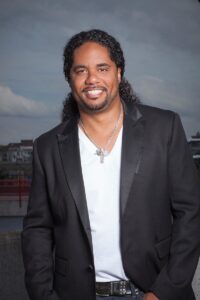 1.How did you get involved with August town?

Like so many things in life, it came about super randomly actually. A friend of mine from Edmonton had a co-worker who was producing an album in Kingston. He knew that my label was mostly R&B and Hip Hop at the time, but he told this guy to reach out to me because I might be able to help him promote his project. It wasn’t more than a few months later that I was flying down to Jamaica; for the first time, to meet all the artists on the project, get into the studio, and film some music videos.

I have done a lot of travelling, and kind of prefer the “true” experience rather than the resort vibe. I asked the artists, who were all from August Town if they knew someone who might have a room for rent in their community. It didn’t take long before they suggested I stay at the Church! At first, I wasn’t quite sure what they meant, I am not a religious person per se, but as it turned out, one of the minister’s daughters was away, so there was a room available. It all seemed to fall into place, so I went for it. It was an amazing experience and allowed me to pay them for my stay and epic Jamaican meals, rather than some hotel chain.

This whole experience was borne from the connections that only music can make. I can’t be sure I would have met all the people in August Town without them first inviting me into their community. The most impactful people I met were Mother Lynn and Minister Basil. Lynn, they were my host, and they both were community leaders. One of my first memories was shortly after my arrival, Mother Lynn took me by the hand and walked me up and down every street in August Town. Telling everyone that I was family. The way I saw it was I was a stranger in their community, and she was letting it be known that I was not to be messed with. I had instant street cred, and I have never forgotten that.

Before I left Jamaica, I asked Lynn and Basil what the community needed most. They told me that the kids need technology. Like cell phones and laptops. They explained that so many of them do not have access to the internet or even text communication. Often kids would get themselves into bad situations, just because they wanted a phone or a laptop. I was blown away. They also explained how the church needed numerous repairs for them to continue to serve the community. I promised to return with some hardware for the kids and some money to help fix the Church. I also committed to helping elevate any youth in the community who were interested in music, and who wanted to have a positive impact on their community. The next Fall my Label hosted the first of a series of reggae concerts in Vancouver to raise money for the cause. Every few years I would return and pass along everything we had raised.

Everything has been going great! We were able to do 2 significant upgrades to the Church including providing them with some new sound equipment. We have landscaped the Church grounds twice adding planters and some fruit plants. We were able to install all new doors, repair or replace all the windows, fix the roof, new lighting, paint the exterior twice, and put up all new signage.

As far as the music goes directly tied to this project, my music company is now working with some of those kids I met on my first visit. Each time I returned they were always there to help with the work, and as they got older began to take a serious interest in music.

There was one kid that I connected with, Nathan was 9 when I first met him. He was always hanging around while I worked at the Church. What I didn’t expect was that he would turn out to be one of the most talented performer/singer/songwriter that I have ever worked with. On my latest trip there before the pandemic, we were able to get into a few studios and film a couple of music videos for him. His stage name is now SYLENCE. I was able to get some great vocals and was able to build the music around them when I got home. In a collaboration between producers in Spain and Canada, he released his solo debut called “Nah Say One Word”, and are about to release his next single “Baby Gyal“, and 3 more songs for his EP. Two of his next releases were produced by Canadian Music Producer A.Son from Souls Rest…another Canadian group I represent.

That is a great question. The biggest difference I find is that Jamaican artists have so many more barriers than we do up here. So, when they sing about digging themselves out of the streets they mean it. Music promotion for most of them means how many people can they get to a show in their community, not how many views can we get on Youtube or streams on Spotify. So many young people either don’t have the technology, bandwidth or resources to self-promote on the internet as effectively as we do here. It certainly is changing now that Instagram and Tik Tok have become a thing, but overall, they don’t have as much access to studios, engineers, videographers etc. That all costs money, and many just don’t have it. However, they have figured out a way to grow together and support each other, out of necessity. I mean the grind is real for everyone, but I find that we here in Canada have just so much more opportunity due to our resources.

I had always had a passion for music and songwriting, so it seemed logical to apply what I had learned to a growing need for guidance in the music industry. As a teenager, I was always hanging out with friends in some home/garage/closet studio being creative, maybe even writing a hook here and there for someone. As a project-loving personality, I immediately wanted to learn more about music creation and promotion.

I started going to shows and meeting creative people, musicians. After having some engaging conversations, it became blindingly apparent that artists; whether visual or performing, struggled with the same thing. Self Promotion. Everyone had a level of comfort on how to create music, but they didn’t know how to properly represent themselves or their art. Right here is when the spark was lit for me.

In 2012 “Mercury Artists”, took on our first artist, Vancouver Rnb Singer Sarah Eske. A year later she released her first full-length album. In the beginning, I had to be a ‘jack of all trades, but soon I had developed amazing relationships with engineers, producers, videographers, songwriters, grant writers, radio promoters, graphic designers, website developers to create a 360-degree creative team.

It was through this process that I created the record label, Element-80 Records Inc. To this day we have commercially released over 125 masters in RnB, Rap, Dancehall, Reggae, Afro Pop, Rock, EDM and Piano Instrumental genres, with artists from around the world.

At some point, I began to appear on CBC The National with Ian Hanaomansing. He would often have me on the show to talk about “Breaking News” in the music industry.  It was always a great experience and also allowed me to shine some light on our local music scene and artists while on camera. Now I find myself working with artists from around the world. I have had songs playing on TV and Radio on all four corners of the globe in multiple languages.

We work hard to keep growing the reggae community out here. There are some amazing festivals that are helping to push reggae forward. In the past few years, we have seen a growing number of new local artists emerge. Out here reggae always meant you needed a band, but truth is, all you need is a DJ, so now you can find more and more shows popping up and being supported.

Unfortunately, there aren’t enough producers bringing acts from Jamaica to headline, because it only becomes viable financially if you can combine shows in Seattle, Victoria and Vancouver. I am looking to step into that challenge for 2022. I’d like nothing more than to use my links in Jamaica to put together a cross Canada tour.

They are song writing machines, so our next move is to get them more music productions to write to. I also really need to get down

there to get their promo game sorted. For my next trip, I will be hosting several “Music Promotion 101” classes in the church. Where I can go through everything from promo images, social media, video production, streaming strategies, etc etc. I think the more they know, the more they can do for themselves.

The great thing is that they are starting to gain attention locally. SYLENCE and a couple of the others have already appeared on national TV music spotlight shows and the radio stations in Jamaica are playing their songs, so we are well on our way.

Learn more about Chris Steffler and his work at Mercury Artists