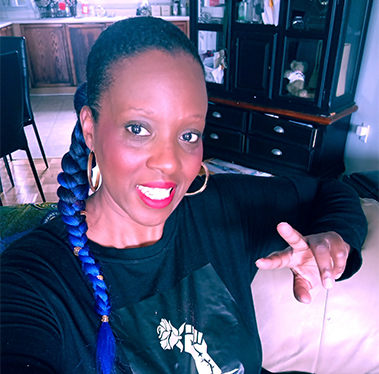 Cora Reid’s life overflows in abundance as a singer, Activist, Life Fitness and Wellness Coach, Orator and Motivational speaker.  As if that wasn’t enough, she also writes, talks about her community and her life experience as a weekly columnist in the Oshawa Durham Central Newspaper and a host on her syndicated Radio show The Black Rose of Durham.

Her journey began with music; as a child she would sit and listen her father Jimmy Reid, a pioneer of the 1980s reggae movement in Canada, sing and play his vintage vinyl reggae collection in their home basement.  Pretty soon Cora’s inherited musical talent kicked in and in 2004 she burst onto the Canadian Reggae scene releasing two singles and found herself propelled into the center of Canada’s thriving Reggae community. Her singles It Is Well and Shout to the Lord made their way into regular rotation on several radio stations nationwide.

Since then,  Cora has received numerous accolades for her musical works. She has won a Reggae Achievement award, and a En Sound Award. She has been nominated for Top Reggae Gospel Female Singer in the Canadian Reggae Music Awards, Top Female Artiste and Best Reggae/Soca recording in the Maja Awards and nominated for CDMA award in the Reggae Category.

Cora has impacted her community through music, art and activism. Her organization, Black Rose Movement, is about inspiring young black youth to greatness while educating others on the issues of systemic racism, anti- black racism prejudice and seeks to bring positive changes in our society through her personal story of struggle and triumph.

The Organization has made a difference in the Durham Region and worldwide by community consultations, workshops and lectures at Trent University and Durham College. She has facilitated multiple training and workshops on Anti Black and Systemic Racism, her mantra is “We are better together than apart.”

In May of 2020, Cora led a Regional Action Group that met with all of Durham’s Mayors, Regional Chair Henry and many City Councillors and key stakeholders in the black community to discuss issues of anti-black and systemic racism in Policing, Education and Judicial Systems. The goal is to bridge the community with experienced leaders such as the Black Action Defense Committee to find solutions to address the issues of racism in the Durham area. The Regional Action Group made a significant impact in Region dedicating a department to address racism within the Durham area.

She has received numerous awards for her work in community services.  In April of 2018, she was awarded by MPP Jennifer French for “Leading Women, Leading Girls, Building Communities” and a community award in April 2016 for Soulful Image Magazine.

Cora presently chairs an Anti-Racism Subcommittee in Oshawa Community Diversity Equity and Inclusion Committee and currently is a columnist for Central Newspaper Durham. She hosts a weekly Radio Show, The Black Rose of Durham Radio each week that is  on  Mixcloud, Spotify, Google and Itunes. Her show is syndicated worldwide in Italy, Paris, Sydney, Tokyo Rome, New York.

No longer is a little girl in the basement listening to her father singing and playing his record collection, Cora Reid is now on stage, writing her stories and speaking on radio, bringing her message of hope, unity and edification to anyone who is willing to listen.

Follow and learn more about Cora Reid online at,