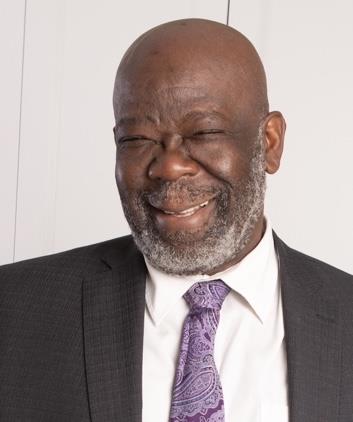 Luther C. Brown’s career as an educator has spanned over thirty years, in five public schools Principal and two as Vice Principal.  He has also worked as producer and host of the Caribbean Crucible, a radio program that aired on the former CHRY 105.5 FM for over twenty-five years.

On Sundays, for three hours, listeners would tune into The Crucible to listen as he broadcast great music and shared his knowledge about music, black culture, and things happening in the community and elsewhere.

One would think after retirement Luther Brown would sit and enjoy the fruit of his labor, but his knack for education and consuming knowledge still looms at the forefront. The retired educator is completing a doctoral degree in Educational Leadership and Policy at the Ontario Institute for Studies in Education at the University of Toronto. Luther is also one of the candidates vying for school trustee in Aurora and Whitchurch-Stouffville.

Mr. Brown served as elementary and middle school Principal in the Toronto District School Board (TDSB). He was the Principal of The Africentric Alternative School in Toronto. Luther Brown chaired the Toronto School Administrators Association (TSAA), the organization representing the Principals and Vice-Principals of the Toronto District School Board (TDSB). He has also served as a member of The Provincial Council of The Ontario Principals’ Council (OPC). Luther Brown is trained in the Alternative Dispute Resolution (ADR) process – at Stitt Feld Handy Group/the University of Windsor.

Luther Brown and his family have lived in York Region for almost 20 years. He is married to the Rev. Paulette Brown, Minister of St. Andrews Humber Heights Presbyterian Church, Toronto. They are parents to three adult children. The Browns have four grandchildren, of which three are students in the York Region District School Board.

Believing it is important as an educator, as well as his democratic right, Mr. Brown has put his hat in the race to become a Public School District Trustee. “Our society has invested much responsibility in this form of democracy”, Brown wrote on his website. “Trustees are, therefore, expected to provide leadership that ensures strategic governance, effective policy development, accountable supervision, and the building of community relations to inspire public confidence and trust”, he said. “I want to be a school board trustee because I believe in public education. Through my career, I have demonstrated the skills, attitudes, and commitment to achieve equitable schooling outcomes and meet broader district goals”.

With Luther Brown’s experience and preparedness, he is ready to start working as a school trustee from day one.  “I worked with district leaders to develop District Improvement Plans and conducted the research that was used to implement the TDSB’s mentorship program. I mentor and support school administrators, aspiring teachers, school leaders, and schools experiencing difficulties”, Brown said.

Luther Brown is passionate, skilled, credible, and committed to public education. It is up to the citizens of Aurora and Whitchurch-Stouffville to recognize his skills and commitment when they cast their votes on October 24, 2022.