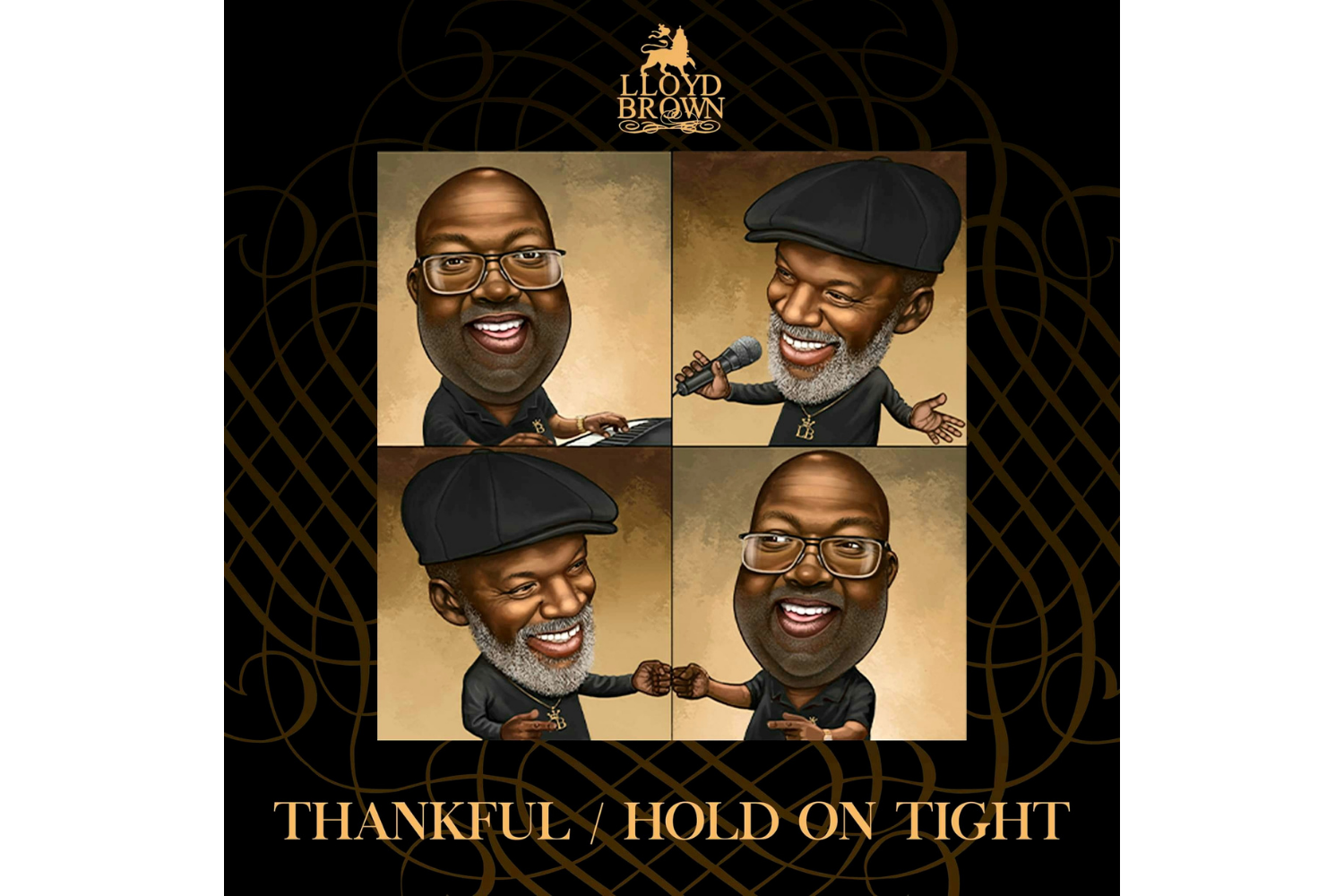 Riddimworks Productions, Nu-Edge Music and Jet Star Music have recently released the official double-single ‘Thankful and Hold on Tight’ from the partnership of Reggae icon Lloyd Brown and legendary producer/musician Carlton ‘Bubblers’ Ogilvie. The songs, taken from their ‘Brown and Bubblers’ album, fused many styles of music that the pair were more than capable of navigating within their combined 80 years of musical craftsmanship.

The eleven-track album is a melting pool of Lloyd Brown and Carlton ‘Bubblers’ Ogilvie’s respective musical influences within the world of reggae, soul, R&B and hip-hop. The opening track on the album, ‘Tek It or Leave It’, is a light-hearted fusion of reggae and rap, opening an album perfect for sound-tracking the summer months.

The album and singles are available on all leading download/stream services and can also be purchased at https://jetstar.lnk.to/Thankful-HoldOnTight