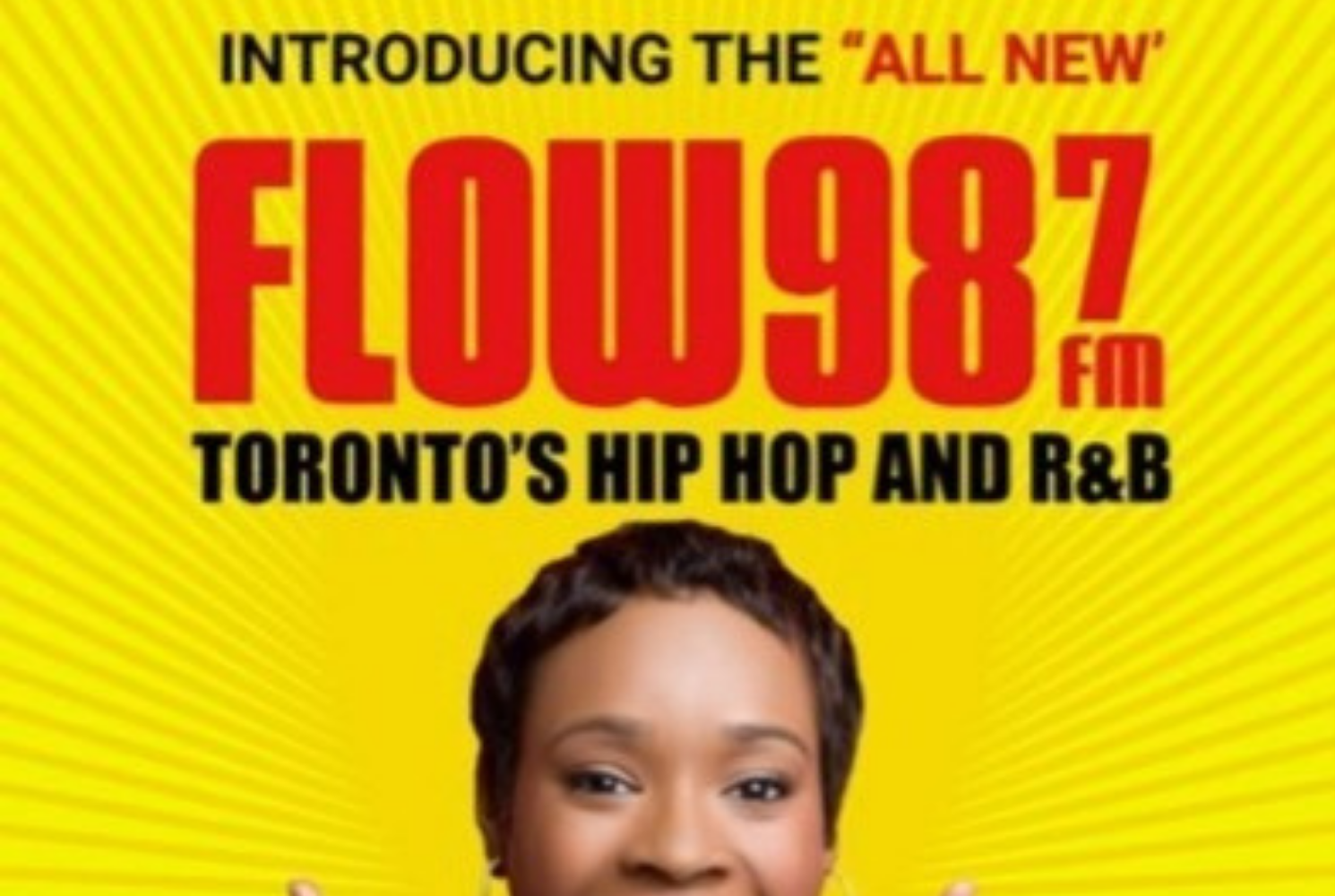 The news about the collaboration between the two radio stations came as a shock to many listeners who were left in bewilderment when they tuned into G987 FM on Wednesday, February 9th and was greeted by Flow’s Promo announcing a big change coming soon.

In a statement later issued by the station’s ownership, it was stated the station will be now referred to as the “All-New” Flow 98.7.  The reimagined station brings together the best of both brands and will be providing listeners with an expanded musical offering.

“Flow 93.5FM has been a powerful brand in the GTA for many years,” said Gary Gunter, General Manager of the “All-New” Flow 98.7. “Coupled with the historical legacy of G98.7FM and what it has meant to the Black community, this move demonstrates our commitment to serving Toronto with a radio station that further invests into the tastes, issues, needs and lifestyle of its loyal listeners. We are thrilled to bring together two of the most respected radio stations at 98.7FM.”

There has been a mixed reaction from the community so far and many took to social media to express their views about the new developments.  Here are a few social media quotes:

“I just think the music Black community loves on G987 – roots reggae real dance hall, soca etc. will still be played but it will be reduced just based on the FLOW listenership and this consolidation. It actually makes business sense but no sense culturally or demographically whatsoever I stopped listening to FLOW years ago when they essentially became a watered-down so-called urban station so the idea of combining that with what was starting to feel authentic does mean it will change it’s just common sense”.

“Why would they rename a radio station almost the same as the other one? What benefit is that? It will bring confusion. Flow? G ? what is it”?

“Brilliant marketing and branding for obvious reasons. A classic example of Brand evolving rather than re-branding”.

“Come on people. As a layperson and a businessman, this was a good move, if not great! They get Flow’s present listenership, their social media (I was told 40,000 and more), they get a social media boost (there is no bad publicity) and they have consolidated the past of the black community in radio and the present. They needed to have changed the name of the station…all due respect “Flow” is a better name anyway. Now if anyone comments on what I said, don’t instantly start calling me names…it’s childish and I’m sensitive. Just address the assessment I gave, not me”.

“To the new owners of G987, Mr. Neeti Ray, and the CINA group who have now taken the brand to a newer level by merging the two to make the all-new FLOW987, I want to say thank you for taking the chance to keep this station and our black voices alive. If you didn’t, I don’t know what would have happened to not only G987, but also to FLOW935…we may have been left voiceless! Saving not only Mr. G’s dream but also Mr. Jolly’s dream at the same time”.

“Yes, it’s just business, privately owned Canadian Radio stations are in a full-time battle for ratings. When ratings aren’t profitable, owners and investors lose faith in the 93.5 urban music format, so Flow and stations like them, to some degree, will pull the plug and reset without negotiation whenever they see fit. Give credit to the Flow 93.5 FM person or team who dreamt up this ingenious idea of selling their brand to G98.7 while disguising it as a sale or a switch. If the G98.7 owners said no to 93.5, the station would’ve dumped the format anyway and lived with the criticism.

There’s a lot of anger from former listeners right now, and they need more time to calm down. But they’re hurt and pissed, they weren’t given a chance to negotiate and fight to save their station and now realize they’ve been abandoned and ‘unfairly’ evicted. They will need some time to pledge allegiance to the new Flow 98.7 FM”.

Many still remember when Flow 93.5 was launched in 2001 after a decade-long campaign for a radio station to serve the Black community of Toronto. However, over time we watched them rebrand themselves from a black to an urban station, from all forms of black music to Toronto’s hip/hop and R&B station and severing ties with the black community in the process. So even though it is said that the “All-New” Flow 98.7FM will continue to include various genres of music including but not limited to hip hop, rhythm, blues, soca, and reggae”, we know money will always be the bottom line.  Some can hope and pray that this time the community might not eventually get excluded.  But I’m a betting person and I bet on money.