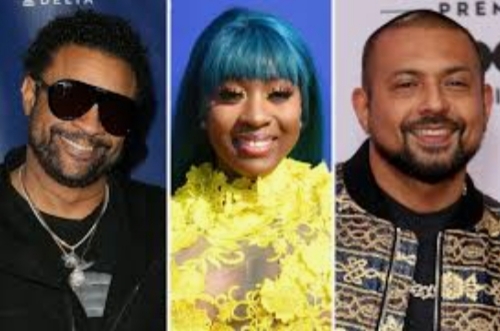 Shaggy, Sean Paul and Spice, on a high with their sizzling single Go Down Deh, are part of Good Morning America’s summer concert series which is scheduled to kick off on May 28.

The trio are scheduled to perform virtually on June 11, the series’ third show. Korean boy band BTS get proceedings underway on May 28, followed on June 4 by American pop singer Bebe Rexha.

“We still have a few surprise performances we’re not ready to share just yet,  but trust me there are amazing concerts coming your way,” said GMA co-anchor Lara Spencer.

Go Down Deh is co-produced by Shaggy and Romanian Costi Ionita. Released May 1, the single has been doing well in Canada, Europe, Japan and Jamaica. It is the lead track from TEN, Spice’s album which is expected to be released on July 30 by VP Records.

Shaggy and Sean Paul are the best-selling artists in dancehall history. Their songs, which include Boombastic, It Wasn’t Me, Gimme The Light and Temperature, have sold millions of copies and earned them Grammy Awards for Best Reggae Album.

In the past five years, the veteran deejays have maintained a presence on charts in Europe and Latin America through collaborations with artists from those regions.