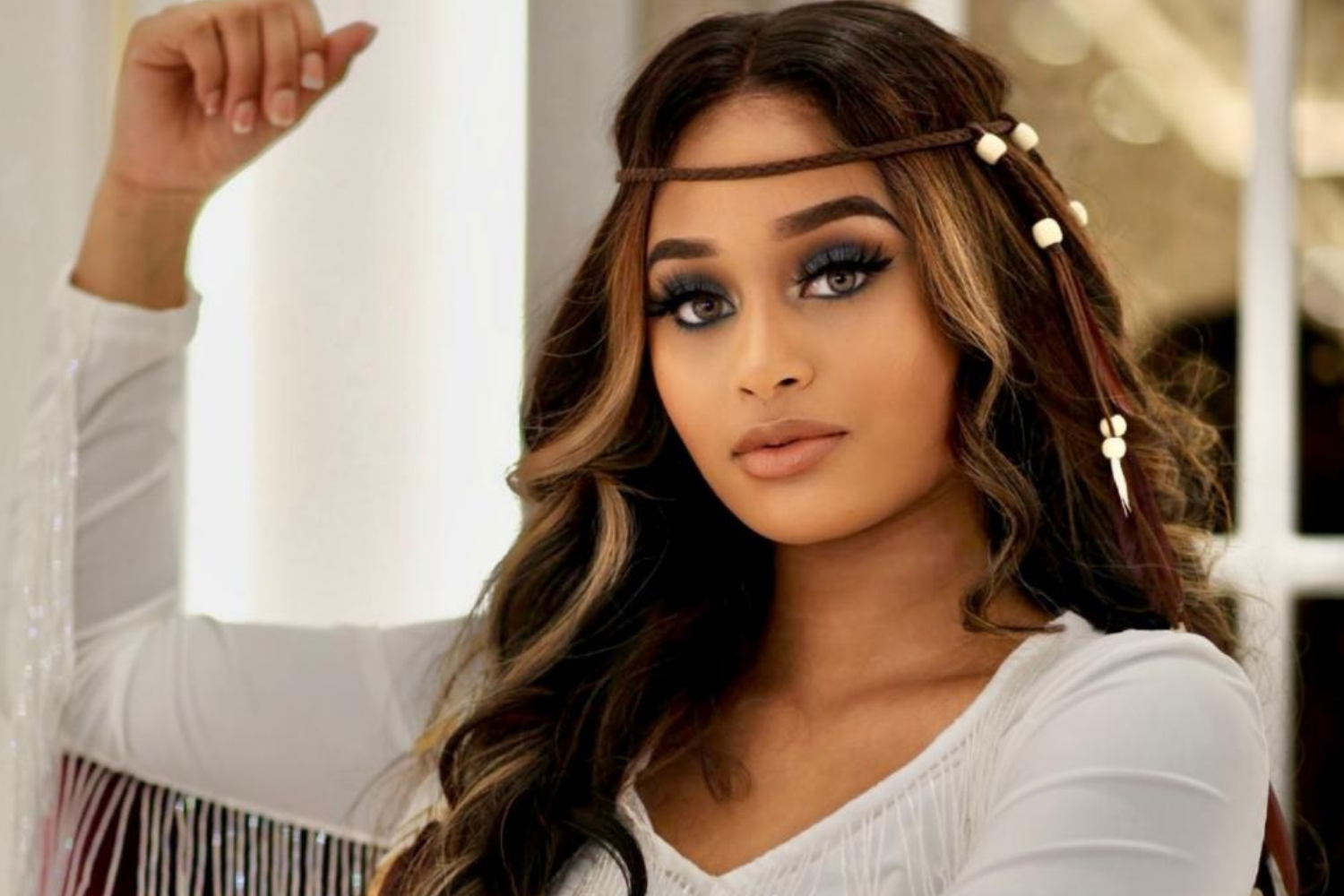 A model  from M&M Royalty modelling an outfit inspired by indigenous clothing from Suriname, the native Indian, Arawak and Mayan tribes

Though she has made a name as a Rasta-chanting reggae singer, Empress Miriam Simone has always been passionate about fashion. Last year, along with her sister Marilva Boksmeer, she launched her career as a designer with M&M Royalty.

The siblings, who live in The Netherlands, got their biggest break recently when they were invited to show their line of Afro-centric wear at the New York Fashion Week which takes place from February 11-16. “We found an advertisement from NYFW on the Internet and found out that they were looking for new designers to submit their brand and designs to Flying Solo. We submitted the drawings of our designs and they decided to give us an opportunity to partake on the show,” said Empress Miriam.

Eight pieces from M&M Royalty will be shown at the event, one of the biggest in the world of fashion. Growing up in their native Suriname, the sisters were aware of their black heritage and African history. They retained that consciousness after moving to The Netherlands which is reflected in their attire and Empress Miriam’s music.

“The pieces in M&M Royalty variate from daily wear to haute couture. On the show we will offer our customers a collection that is modern but has been influenced by native, indigenous and ancient royalty. The audience we are seeking are men and women from from all ages. Our collection is very broad and offers different possibilities,” said Empress Miriam Simone.

A recording artist for over 12 years, she has worked with several Jamaican acts and producers including Capleton and Bobby Digital. One of her most recent songs is ‘We Don’t wanna Cry’ a collaboration with Capleton.