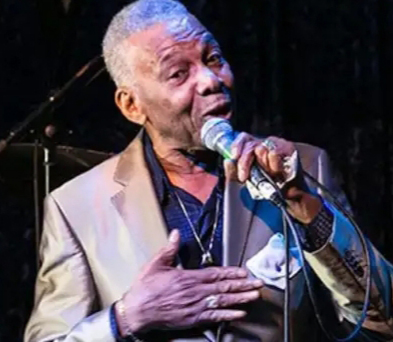 Owen Gray, also known as Owen Grey (born 5 July 1939), is a Jamaican musician. His work spans the R&B, ska, rocksteady, and reggae eras of Jamaican music, and he has been credited as Jamaica’s first home-grown singing star.

Gray was born in Jamaica. He won his first talent contest at the age of nine, and by the age of twelve he was already appearing in public, playing drums, guitar, and keyboards. He attended the Alpha Boys School and turned professional aged 19. Gray was a dynamic performer on stage, who could be gritty or suave as the song dictated. He was the first singer (of many) to praise a sound system on record, with his “On the Beach” celebrating Clement Dodd‘s Sir Coxsone Downbeat system in 1959, one of the first releases on Dodd’s Studio One label. He was one of the first artists to be produced by Chris Blackwell, in 1960, and his “Patricia” single was the first record ever released by Island Records.

Gray’s first single, “Please Let Me Go”, reached the top of the charts in Jamaica, and featured a guitar solo from Australian musician Dennis Sindrey who was a member of The Caribs, a studio band that played on many early Owen Gray recordings. The single also sold well in the United Kingdom, as did subsequent releases, prompting Gray to emigrate there in 1962. He toured Europe in 1964, and by 1966 he was well known as a soul singer as well as for his ska songs. During 1966, he worked in the UK and Europe with The Krew, then in 1967 with Tony Knights Chessmen.