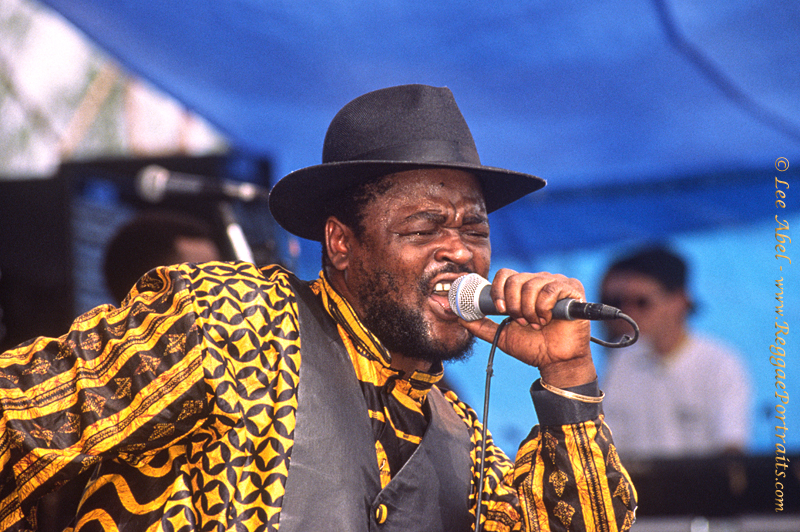 After working as a selector on the Sound of Silence Keystone sound system, and then his own Gathering of Youth system, he began his singing career as part of The African Brothers in 1969, along with Tony Tuff and Derrick Howard. The group released several singles in the first half of the 1970s on labels such as Micron and their own Ital label, and were an early example of the Rastafari movement’s influence on the Jamaican music scene, taking a clear lead from The Abyssinians. After recording “Mysterious Nature” for producer Rupie Edwards, the group recorded 1974’s “No Cup No Broke” for Studio One, breaking up shortly after. Minott then teamed up with the producer Clement “Coxsone” Dodd, as studio apprentice at Dodd’s Studio One, working as a singer, guitarist and percussionist, and soon began recording his own singles. Minott developed a talent for writing new songs to fit over existing rhythms (which at the time was common when singers performed live, but rare in the studio), often proving more popular than the original songs, pioneering an approach that would be central to the emerging dancehall style.