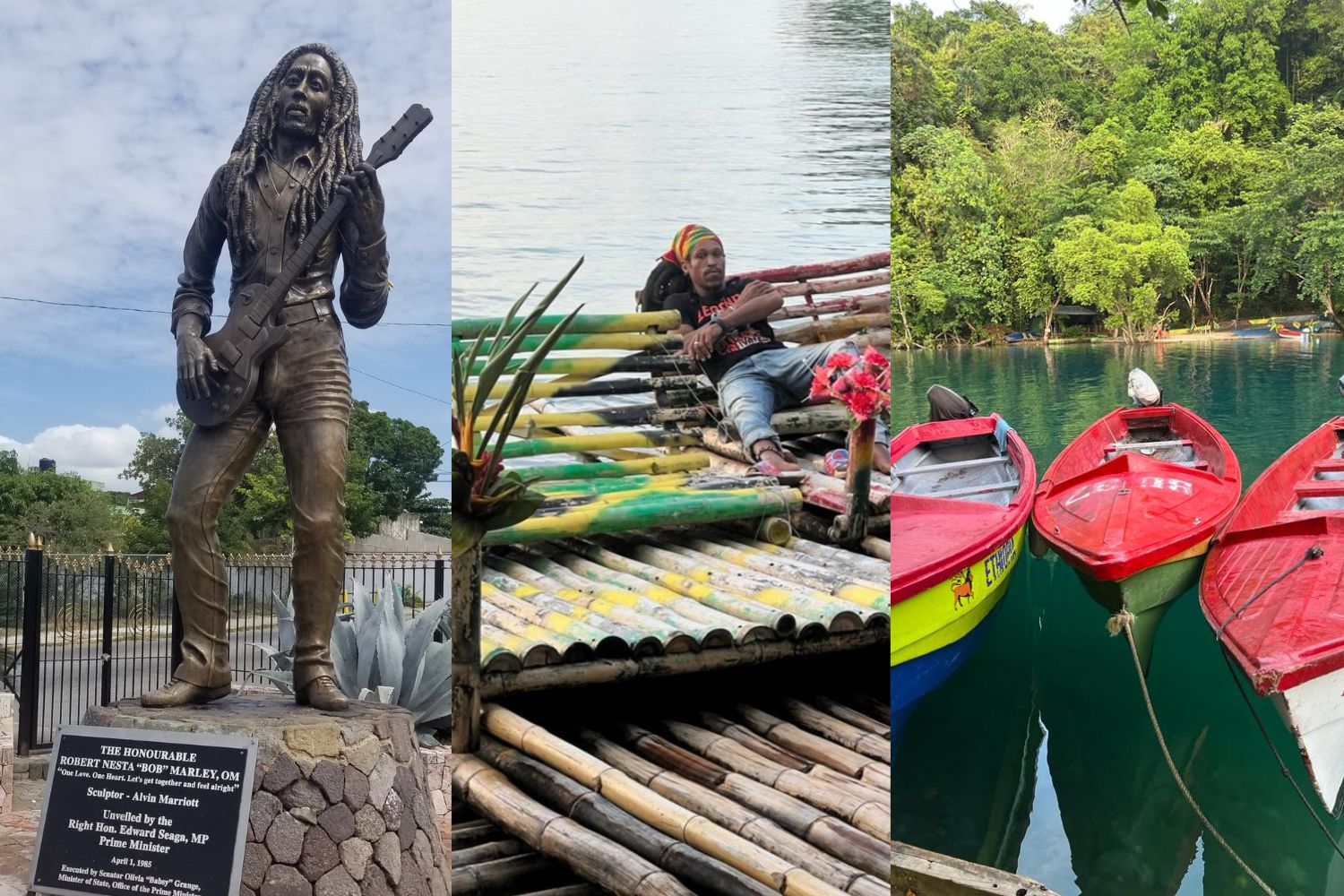 The beautiful island of Jamaica will be celebrating its 60th year of independence from Great Britain on August 6th, 2022, and the government of Jamaica is asking Jamaican and friends of Jamaica in Canada and all around the world to visit the country and join in the momentous celebration.

Jamaica’s 60th Independence anniversary year-long celebrations are being observed, under the theme ‘Reigniting a Nation for Greatness’. The island is considered the World’s Leading Family Destination by World Travel Awards, and they are ready to welcome everyone for the 60th anniversary of independence.

In a recent press trip by journalists from the Jamaican Canadian media, we explored Jamaica to experience what is new, inspiring, and nostalgic as the destination for Jamaicans who want to return home during the 60th anniversary celebrations.

On a four-day media trip hosted by Jamaica Tourist Board, the group focused on Kingston, St Mary, and Portland. The tour included visits to the Devon House mansion, a coffee plantation tour in the Blue Mountains, the scenic Sun Valley Plantation in St Mary, the Dub Club in the hills of St Andrew, and Portland, the birthplace of jerk cooking and home of the Blue Lagoon, a natural wonder of eastern Jamaica.

It has been a while since my last visit to Jamaica, and this trip made me realize that I have been missing out on some of the things that have made Jamaica world-famous. I took a sip of blue mountain coffee for the first time. I was compelled after watching the engaging presentation by Jerome Thomas of the Craighton Coffee Estate. He took us on a tour of the coffee field and demonstrated how the beans are grown, reaped, selected, and processed.  By the end of his demonstration, I was so intrigued that I took a few sips of the tasty, world-renowned coffee brew

The Sun Valley Plantation located in Oracabessa, St Mary was an educational experience. Host, Lorna Binns took us on a trek on lands that were steeped in history and have been producing a variety of tropical fruits, herbs, and spices for over 250 years.  After the tour, we sampled a variety of natural juices and fruits from trees.

On our tour of the Blue Lagoon, I experienced a fun ride on a fishing-type boat for the first time. Boxer, our boat captain, made sure he pointed out the location of the eponymous 1980 movie “Blue Lagoon” starring Brooke Shields and Christopher Atkins. For decades, its dreamy turquoise waters have occupied a prominent place in the imagination. The area is surrounded by thick vegetation and fresh spring water flowing from the nearby mountains that meets the Caribbean Sea in a 180-feet-deep natural swimming pool. The region’s untouched natural beauty has made it the perfect backdrop for hundreds of movies, including Tom Cruise’s “Cocktail”, Robin William’s “Club Paradise”, and Disney’s “20,000 Leagues Under the Sea”.

The upkeep of the National Heroes Park is refreshing, and the government has recently announced more plans to refurbish the site.  I get emotional when I saw the bust of national hero, Marcus Mosiah Garvey.  I am filled with pride as I think about this man born in St Ann, Jamaica, and contributing so much to the development of the black race.  You will also find other Jamaicans who have contributed substantially to the country’s development at Heroes Park, namely Michael Manley, Edward Seaga, Dennis Brown, Mass Ran, and Toots Hibbert resting closely beside each other in this beautiful green space.

Independence Park is a sport and cultural complex built for the 1966 British Empire and Commonwealth Games. It houses a variety of sports facilities.  I walked and stared with pride

at the statues of the great Jamaican athletes who solidified Jamaica’s status as one of the greatest track and field countries in the history of the world. Usain Bolt, Shelly-Ann Fraser-Price, Veronica Campbell, Merlene Ottey, Asafa Powell, Herb McKinley, Arthur Wint, and Donald Quarrie’s brass statues are erected at the entrance of the National Stadium. They represent greatness and true meaning to the Jamaican motto “Wi likkle, but wi tallahwah.”

The Kingston Dub Club is located in the hills of St. Andrew, overlooking Kingston. This venue is the spot for conscious roots reggae music in Kingston. If your musical palate craves real roots reggae music, reminiscing the days of Jah Love sound, look no further than the Dub Club for great music, tasty Ital food, and an irie clientele.

Other places, events, and festivals planned for the 2022 celebration include:

The Kingston Biennial Exhibition, Pressure, will open in the National Gallery of Jamaica on June 26, 2022, and close on December 31.

Bands and Fetes are already gearing up for what will be Jamaica’s first summer Carnival. The Carnival in Jamaica has moved from its traditional April slot and will begin on July 1 and culminate in a grand road parade in Kingston on July 10.

Reggae Sumfest visitors will drench themselves in sound at Jamaica’s largest annual music festival which is acclaimed for performances from the best dancehall and reggae artists in the world, combined with tropical beach parties and street parties. This year Reggae Sumfest is being held in Montego Bay between 20 and 23 July.

Jamaica is one of the most diverse and colorful countries in the Caribbean. Our history, our culture, and our people have propelled this island to the international stage.  It is also the home of some of the most popular music forms in the world, Reggae, Dancehall, and Ska. It is the home of the fastest man the world has ever seen, Usain Bolt, and the second-fastest woman in track and field history Elaine Thompson.  Jamaica is the home of some of the best cuisine the world has ever tasted.

So, even though there will be celebrations taking place everywhere in the world where Jamaicans live, nothing beats the authentic vibes of home and the people of Jamaica. So, make Jamaica your destination this summer and come to the diamond jubilee celebrations.