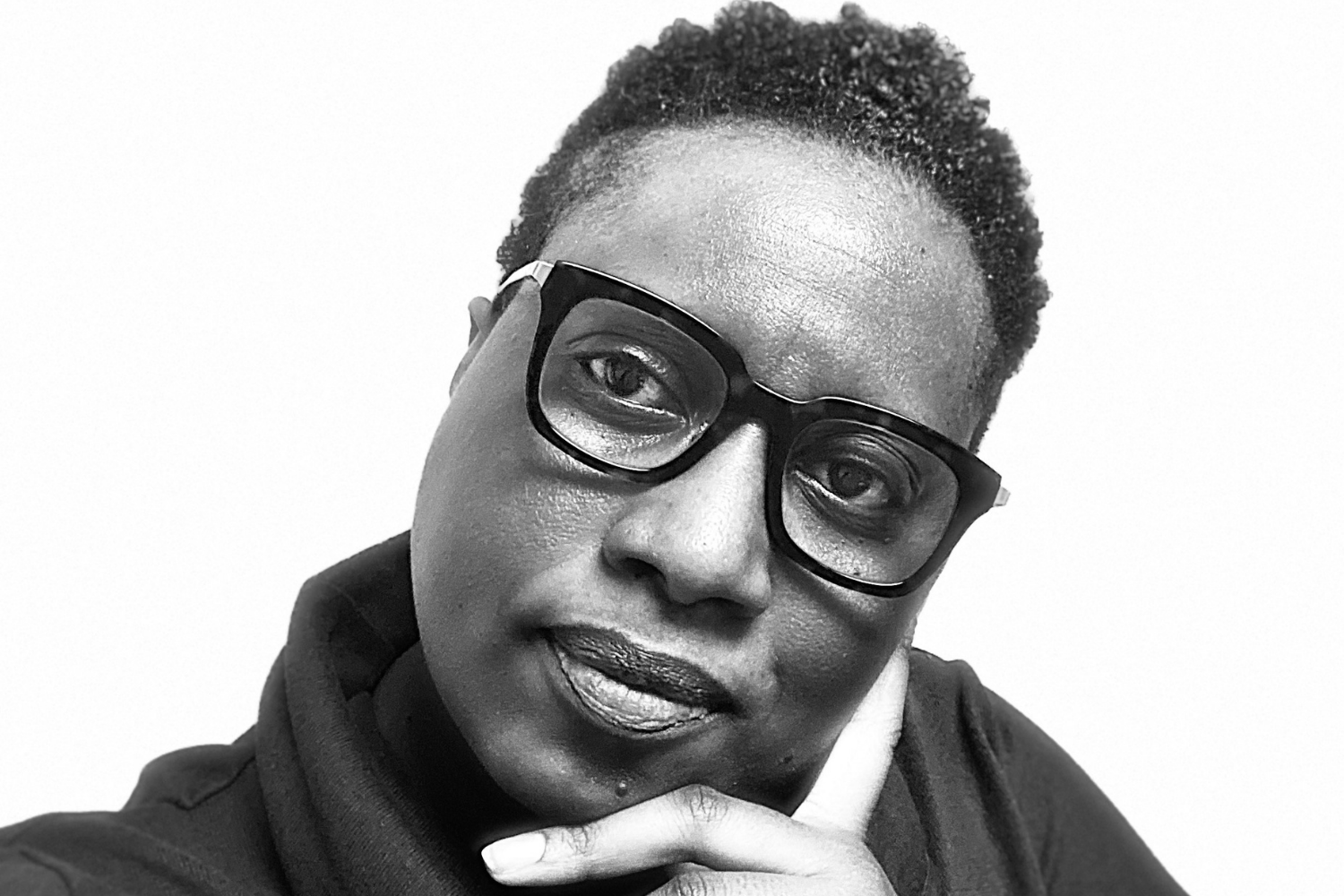 From Bob Marley to Bushmaster Hollywood never seems to get Jamaica and Jamaicans right!

The most popular Jamaican is Bob Marley. One of the most known songs in the world is Bob Marley’s “One Love”. The album “Exodus” which features “One Love” made it to number 77 of Rollingstone’s Top 500 of all time. It has been reimagined for numerous relief efforts; it has been featured in numerous films. In short, he and his body of work are legendary and if measured in entirety against other popular musicians we’ll find that he surpassed all odds to be an icon for the ages. Allow me to provide some context to the latest uproar about the representation of Jamaicans on screen, in particular the new biopic about Bob Marley.

May 21, 1981, I am 4 years old walking with my dear aunty in Half-Way-Tree Kingston, Jamaica. I am young and keeping pace clinging to her hand, as we get to the corner of Molynes and Odeon Ave she says, “we’ll wait here”. It was getting crowded and both sides of the street were lined with Jamaicans from all walks of life, and they were clearly anticipating something big. A few moments later a procession that appeared to go on for days came down the street. I recall Rasta men waving flags and hanging off the tops and sides of buses and vans, horns blaring, reggae music booming from the buses and cars loaded beyond safety and then what I know now to be a makeshift hearse is proceeding amidst these sounds. She holds my hand tightly and says. “Si him there”…The him was Robert “Bob” Nesta Marley and this was his funeral procession. I was too young to know him or see him perform live. What I knew clearly that day was that this man was important to an entire nation because everybody young and old was there to mourn an icon gone too soon. So, imagine my grown-up self who has since become an ardent lover and curator of authentic reggae hearing that a bio pic from the studios of Paramount was about to do an injustice and imagine my conflict when I heard that Bob’s family (reggae royalty) was co-signing.

Jamaicans like other nationalities I am sure have come to know and even expect that we will never be portrayed correctly on screen. There will always be strained accents and fake patois, there will be fake dreads and of course some stereotypes and lies. I dare anyone to tell me this one will be different. Why? they have cast an actor who is a Trinidadian Hollywood up and comer to play Bob Marley. He is not Rasta, nor does he wear locks, he does not speak the language in fact the only likeness box he seems to check is skin tone. This will be quite far from Bob Marley no matter how many locks of fake dread and dialect coaches we throw at it.

black people/people of color, who

are daily bombarded by a powerful

us away from ourselves that

negates that there is beauty to be

found in any form of blackness that

is not imitation whiteness”– bell hooks

As far as memory serves me, I have been told and even have persons attempt to convince me that people love Jamaica and Jamaicans language and culture but the evidence on screen has been to the contrary. I recall sitting in the theatre in Kingston JA watching “Cool Runnings” and hearing a stream of “kiss teeth” when those who were to portray our historic bobsled team spoke. We all collectively wondered why the bobsledders couldn’t be Jamaican. After all they already had a star – John Candy as lead actor so it couldn’t be about needing “names”. Let’s not forget Taye Diggs’ hatchet job on our patois while the real person (Johnathan who was at comm college with us) he portrayed had a one-liner cameo. Again “How Stella Got Her Groove Back” had notable actresses starring such as Whoopi and Angella Bassett…so why not have a Jamaican in the role? “Pirates of the Caribbean” has given us more than their fair share of fake accents and stereotypical villains, though I have heard even Jamaicans express that “Tia Dalma didn’t do too bad”. But don’t get us started on Bushmaster from Marvel’s Luke Cage, the character who at every utterance made Jamaicans cringe and even comment furiously online about the fact that we know actors who could play the role to perfection (Paul Campbell comes to mind here) and yet our protestations fell on deaf ears. The Bond series which comes from the pen of British writer Ian Fleming who apparently loved and was so inspired by Jamaica also falls short. We are “grateful” the recent instalment was filmed on the island, and we got a few scenic moments and a Jamaican heritage actress to give hints of an accent. We will also not forget the portrayals prior; one instalment (Live and Let Die) with Roger Moore came really close to suggesting we were savages.

Our country, language and culture has been portrayed as caricature, misrepresented negatively and cast as romanticized subplot at best. We are then constantly reminded after protests that we neither have critical mass nor enough perceived influence to effect change.So it is in these instances where I fail to see and feel the love.

This piece does not have enough space to speak about the significance of Bob Marley to Jamaican identity and our global reception. For every stereotype of us there was a counteracting contingent thousands strong, of Bob lovers who may even border on hero worshippers. Reggae music and related culture while given extended footprint by Jimmy Cliff and Milly Small was spread like wildfire internationally through Bob Marley (and the Wailers).

Rastafari became known and understood through the lens of Bob…he was interviewed extensively and waxed prolific and prophetic about his understanding of life, love, money, politics and “Livity”. There are persons somewhere quoting Bob today

Closely linked to this understanding is herb-man culture/weed/ganja/420. Every year at 4/20 we see a lot of iconic Bob Marley photos on the timelines mostly with him smoking some “herb”.

Bob was also significant to a shift in political temperament on the island. His now famous “One Love Peace Concert” in 1978 was the first time in years that two opposing party leaders appeared together and held hands as a sign of peace between warring factions in Jamaica. The civil unrest did not immediately dissipate but it was the symbolic start towards civility in politics in the island.

Marley was no saint and was also polarizing on issues like gender equality, which has been written about by scholars and contested by staunch fans. He was a successful product of a depressed area (read as ghetto) -Trench Town a lived experience that was at his core

“Cold ground was my bed last night and rock stone was my pillow”– Talkin’ Blues.

Then there was the attempted assassination and his fight with cancer. This and other biographical moments and nuances really can form the basis of an epic series or lengthy feature film. How then do we get to the place of choosing a non-Jamaican for this role? For Bob as he is affectionally called cannot truly be confined to delivery of words on a page.

This is How Hollywood Works

I am convinced it is the intent and even modus operandi of Hollywood to get it wrong. It being cultural or racialized icons, radical or political freedom fighters, artists and their art, language and representation. At first there is their obsession with making everything palatable for the “white gaze” (another discussion due here) and second their fixation on and interpretation of what determines profitability. Over the years this has meant portrayals with hefty servings of stereotypes under the premise of “We would need captioning and translation” or leading actor picks who are expected to bring the numbers to the box office because they are flavour of the month or year and sometimes neither looking nor sounding nor having the shared history or lived experience of the icon they play (Zaldana as Nina Simone, Erivo as Harriet Tubman).

If we hold this upcoming work on Marley to the authenticity litmus test, we will find that all the points made will be true. No, I don’t need to wait on the script to have no faith in the Bob we will get. This is not even to disparage the actor who won the role.

This is to call out the decision-makers who make a call which disregards the rich heritage and contribution of an legend and global icon who is Jamaican, who disregards the existing Jamaican actors trying to get a foothold in Hollywood, it calls out their not casting a wide enough net for cast options where Bob’s own son Kymani has expressed openly that he would have deemed it an honour to play the role, or considering the numerous talented artists in Jamaica who are no doubt influenced by Bob Marley and could surely pass for him on screen. Most egregious will be the spinning of the fake and portrayal as some “interpretation” of Bob that appeals to the masses.

This isn’t love of us! It is once more removing our agency to tell our stories, exalt our icons and chip away at decades old misrepresentations of us. Now to be clear there will be those who say any actor qualified should play any role. Those persons would have missed the point! Those persons did not witness the tears running down the face of ordinary Jamaicans who lost an icon in 1981. Those persons likely do not contend with the assault on our culture and language in and outside of the island. They never cringed when someone greeted them with “Irie mon”. They were not teased for speaking different in “farin”. They likely never grew up in a ghetto with limited success stories. They were not denied access due to their Zip code. They don’t know how instrumental to identity a real representation is on the psyche of the young. Those persons do not wait languishing for the supposed love to show up.

When this film is completed and presented to the world I will watch! Yes, because I respect the Marley family and I want desperately to be proven wrong about everything I wrote here.

This article was first published in MediaBizTO on February 18th, 2022.