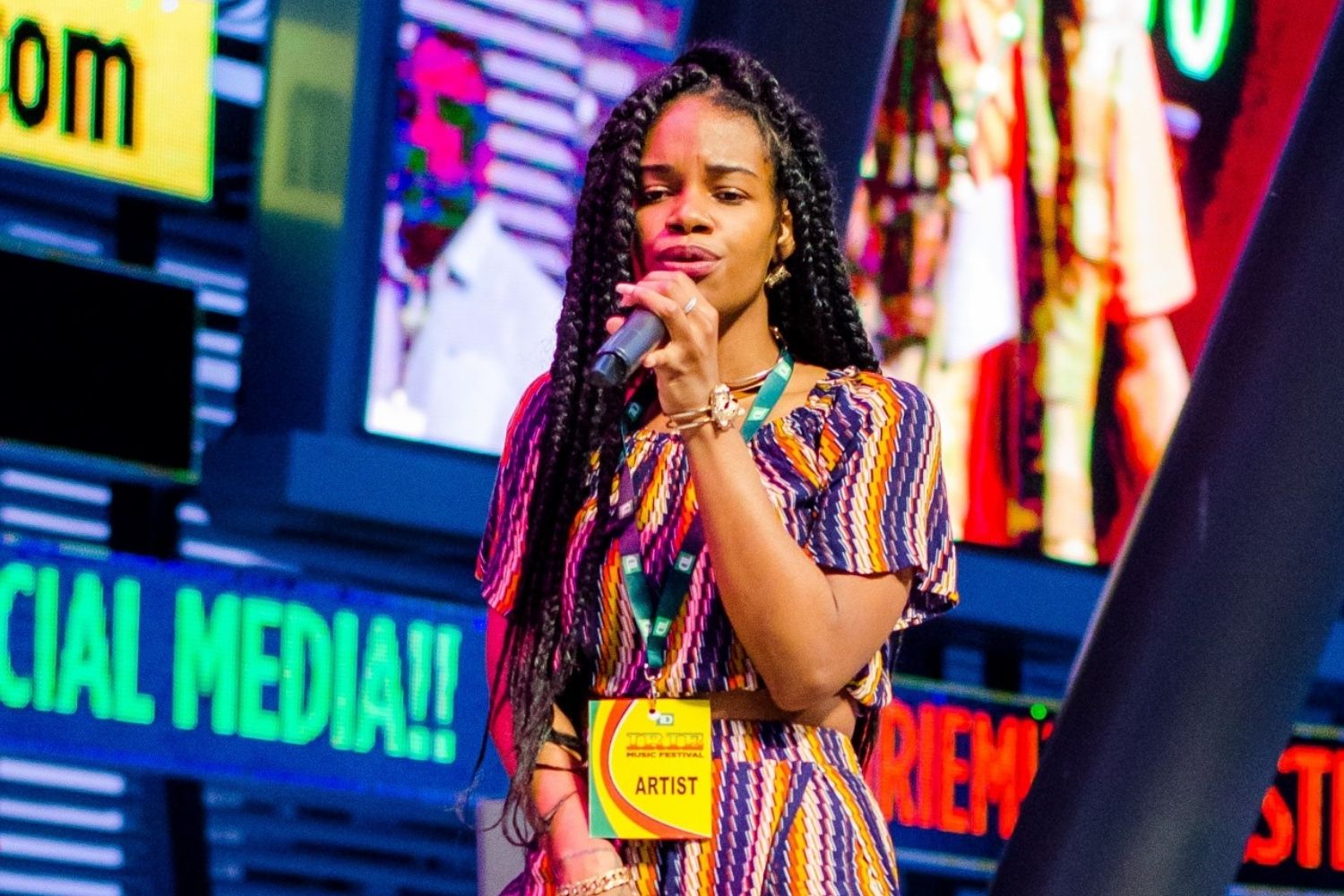 Alicia Cinnamon, affectionately called an ARTIVIST because of her unique ability to combine art and activism together, is a native of Toronto and a spicy blend of island flavours. Her mother’s side of the family hails from the tiny sister islands St. Kitts and Nevis, while her father who was a popular Toronto DJ in the early 90s, is a mix of Cuban/Jamaican. She discovered early on that music and entertainment gave her an avenue to share uplifting stories and be a voice for the unheard.

In 2013, she caught the attention of the media and was featured by CBC news as one of six black Canadians making a difference in their community, after hearing her powerful song dedicated to a young man named Tyson Bailey who was gunned down in Regent Park which she remixed into a reggae mix on her debut EP to continue telling Tyson’s story.

In 2014, she released her first mixtape ‘A Dash of Cinnamon’ which consist of 15 songs,13 of which she wrote and arranged herself. Her smash hit ‘Liar’s Game’ went on to be nominated for RNB single of the year in 2017 at the Cut hip hop awards. In February 2015, she founded Northern Queenz, a group of female artists from Toronto working together to create positive change through music and empowering women.

In 2017 she won the Reggae Exclusive “New Voice in Reggae award”. Alicia has done countless performances across the GTA including being an opening act for SWV and Donnell Jones, Maxi Priest, Tanya Stephens, Nesbeth, Gage, Kalado, Yung Joc and more, singing the national anthem twice for the Brampton A’s basketball home games as well as the Children’s Pan Am games and various festivals across the GTA such as: Canjam festival and the Mississauga Irie Fest and doing a beautiful duet with Juno winner Blessed at the Woodbine Reggae Festival.

Alicia Cinnamon’s name propelled internationally when she took Atlanta by storm, performing at the Sweet Auburn Music Festival for the first time in 2016.  She was then personally requested to come back for 2017. She landed one of the lead roles in a new Moorish American soap opera “Figtree” airing on Legacy broadcast network and did her own 16 city US tour in 2017 to promote her newly released EP ‘Queen of the North’.

Between her reggae hit ‘What Can You Do’ in regular rotation on Vibe 105.5FM, and single ‘No Surrender’ among many others that took over Atlanta, Toronto, and Jamaica air waves. Her most recent singles ‘Real Talk’ released summer 2021 and ‘Don’t Need No’ released fall 2021 are songs about women empowerment and not compromising oneself. Alicia Cinnamon the Artivist continues to shake up things with her heavy topic songs

‘Real Talk’ is a spicy fiery Reggae/Soul track with a powerful, sassy message for all the naysayers. Alicia Cinnamon proves once again why she is unapologetically known as “The Queen of the North”. This time she channelled the energy of Dawn Penn and Amy Whinehouse for a retro but modern feel, teaming up once again with Toronto’s own Ozzie Saunds of Reggaddiction, giving us that unique sound she affectionately dubbed “Rhythm & Soul”, while ‘Don’t Need No’ is a powerful song about consent and women just wanting to enjoy life stress free.

Checkout Alicia Cinnamon on all social media platforms and in her upcoming performance for Afro Wave TO’s Supernatural concert on February 24th, 2022, on Youtube at 7pm ET. Toronto’s Favorite Spice brings you the heat all year round, get familiar.