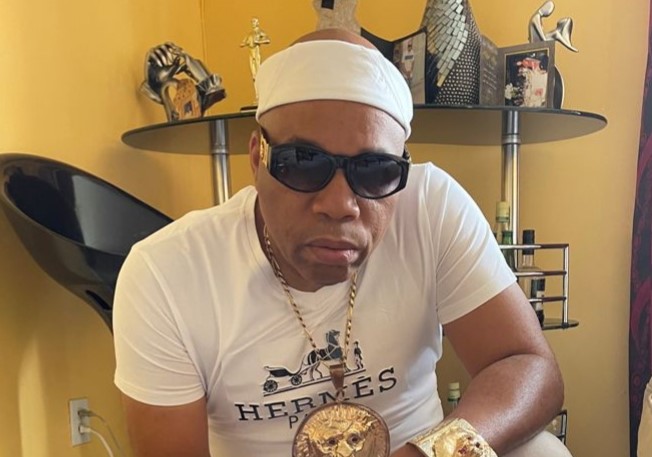 Veteran dancehall deejay Fyahnese formerly known as Japanese, recently released his latest single, Congratulations. The song which applauds those who have contributed to the betterment of the black race, is written and produced by Fyahnese. It is released on the Fyahnese Music Productions label and is available on all leading online stores.

“I don’t believe we can ever give enough praise for the people who have contributed to the upliftment of us as a people”, he said. “Though we still have a long way to go, we have to take time out congratulate and thank them for their efforts.”

He commends the fight and courage of today’s young people and watching groups like Black Lives Matter taking charge and getting results inspired him to write this song. “In comparison to where we use to be, we have accomplished a lot as a race,” he said. “Seeing Obama as President in the United States, now Kamala Harris as the first female Vice-President, the fearlessness of the youths of this generation and also knowing that some of the world’s greatest inventions were done by black people, I had to write a song that sings praises to these accomplishments.”

Collin Walters, aka Fyahnese was born in Kingston, Jamaica and hails from a family of twenty-three children. He credits his older brother for getting him started in music. “He encouraged and paid for me to enter a talent show and I placed second,” he said. “The prize was two boxes of beer which my brother and his friends enjoyed, I was more-happy about being on stage and loving the people’s reaction to my performance.”

This encouraged him to start honing his DJ skills on Burning Spear, a sound system on Payne Avenue where he resided at the time. He then moved on to Romantic Hi Power, a sound system owned by dancehall star Little John, where he performed and rubbed shoulders with some of the biggest stars in dancehall at that time. Artists like Lt Stitchie, Papa San, Admiral Tibet, Echo Minott and Wayne Wonder were frequent performers on Romantic Hi Power during that time. He also worked with sounds like Black Zodiac and Torpedo, but it was his move to Metro Media sound system and working five to six days of the week where his popularity grew. It was during this time that he recorded his most popular song to date, Roughest Hat Man on the Cover Me Riddim for producer Lloyd Denis on his Pickout Label.

At Reggae Sunsplash in 1984, popular DJ Peter Metro called him on stage during his performance and as they say the rest is history. Stage shows in Jamaica, Canada, England and the USA followed and Japanese became a staple on the Jamaican dancehall scene.

Japanese migrated to Canada in the year 2000 and soon after changed his stage name to Fyahnese. Since then, he has recorded several singles and two popular combination songs, What’s Going On and Da Message with Canadian based artists Steele and Tony Anthony. Fyahnese, who is also an entrepreneur with several business ventures, is currently working on two new singles slated for release in the coming weeks, a new video coming in August and a four-song EP will be available on all leading online stores in the fall.