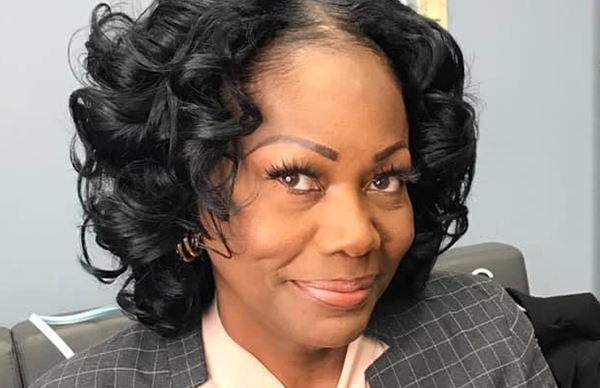 I was drawn to the sensual and soothing tone of her voice when I heard her for the first time on CHRY (105.5 FM) in the late eighties. Touring Canada with reggae band Crucial Vibes at the time, we were slated for an interview on her popular Saturday morning show. When I walked in the studio, reggae music was blazing in the background, I was impressed with the fluency of her words and its natural blending with the microphone as it filled the airwaves. Today I am still a big fan of Elaine ‘ET’ Thompson and her effortless way of pulling people to her through conversations.

ET spent many years as station manager at (105.5 FM) and worked for 20 years in radio broadcasting as an on-air personality at various radio stations in Toronto and Jamaica. Her name is still revered by many who remembers her for contributions to the community and her popular Saturday morning show in Toronto. “I have known ET for many years, she was instrumental is providing me the first opportunity in radio, guiding me and infusing me with her knowledge,” said Byron ‘Sir B’ Ellington, radio host at Roots Reggae Radio. “She graced the airwaves with her soothing voice and a wide variety of knowledge, which exemplified her status in the radio industry”.

CEO of Peart Media and Business Consulting and former station manager at CHRY (105.5 FM) Danae Peart believes Elaine Thompson has made her mark in the media industry and all fellow female leaders and media practitioners in Toronto cannot not ignore it. “Elaine was Station Manager at CHRY (105.5 FM) over a decade before I would be hired in the same role and by the time I got there her name was strongly affiliated with the reggae scene; from events she coordinated and promoted to her on-air shows,” she said. “During my first few years in radio I would be on calls with listeners or advertisers and they would ask me if I knew of her, in the way people ask you about legends”.

A mother of two children, Elaine Thompson is not only a Radio Host but also an Entrepreneur, Real Estate Broker and Insurance Broker. While in broadcasting she realized that while our community was contributing so much cultural richness to the world, we were still behind in building wealth for ourselves. This reality was the motivation for her to become a Licensed Real Estate Broker and a Licensed Insurance Broker. With over 20 years experience, she is the proud owner of Sarpo Global Realty. As a licensed Insurance Broker she offers insurance and investment products. She is passionate about doing her part in contributing to the wealth building of her community. “I leverage my experience of over 20 years in radio broadcasting to help build community,” she said. “Having managed a Community Radio Station, consisting of 150 staff and volunteers, it prepared me for the challenges of managing diversity and creative differences and personalities within that space,” Thompson continued. “Meeting budget and funding goals as well as reporting to a board of directors this was part of making sure the community had a voice in media.”

Elaine Thompson has a heart for the community and a soft spot for seniors. So despite her busy schedule, she finds time to devote to a charity she founded, called iCare Community Strong Foundation. This organization has initiated several projects to benefit the Black community. Her recent project during the pandemic provided 20,000 hot meals and food boxes to seniors and families in need.

ET was born in Jamaica and migrated to Canada as a teenager. She studied at Ryerson University, Durham College, Humber College, OREA College and is a graduate of Clarendon College in Jamaica. After years hiatus from radio, Elaine Thompson is currently the co-host of “Grapevine”, a weekly live on-air talk show heard Sundays 2-5pm, on Canada’s only Black Radio Station, G98.7 FM. The show’s mission is to disseminate information, discuss and inform on issues of interest to the Black community. This goes to prove that when you are passionate about something its not easily ignored. “I am not surprised Elaine would be back working in radio in Toronto. Your passion does not easily let you go,” said Danae Peart.