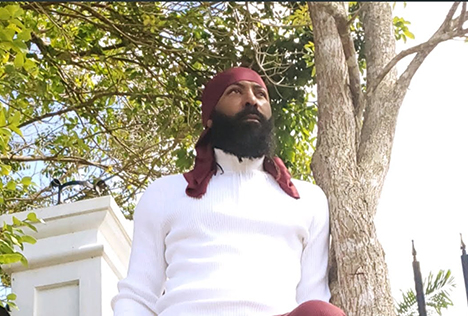 Anthony Cruz has made a name recording a mix of lovers rock and roots-reggae songs. He turns his attention to one of the world’s hot topics on his latest single.

That song, Sexual Harassment, is the Jamaican singer’s head-on strike against predatory behavior, particularly at the workplace.

Cruz said he wrote the song after a female friend confided in him that her boss kissed her on the neck while at work. She said the incident made her uncomfortable, but she did not report it.

The veteran vocalist has heard of similar incidents. He said women rarely report their out-of-line superiors, fearing they will lose their jobs.

In the era of #MeToo Movement, Cruz believes sexual victimization must be tackled from all angles.

“We are di voice of di people an’ we have to get di message across through music,” he said.

Sexual Harassment is produced by Stingray Records from the United Kingdom, which has had success with acts including Freddie McGregor and Spanish reggae band, The Emerterians.