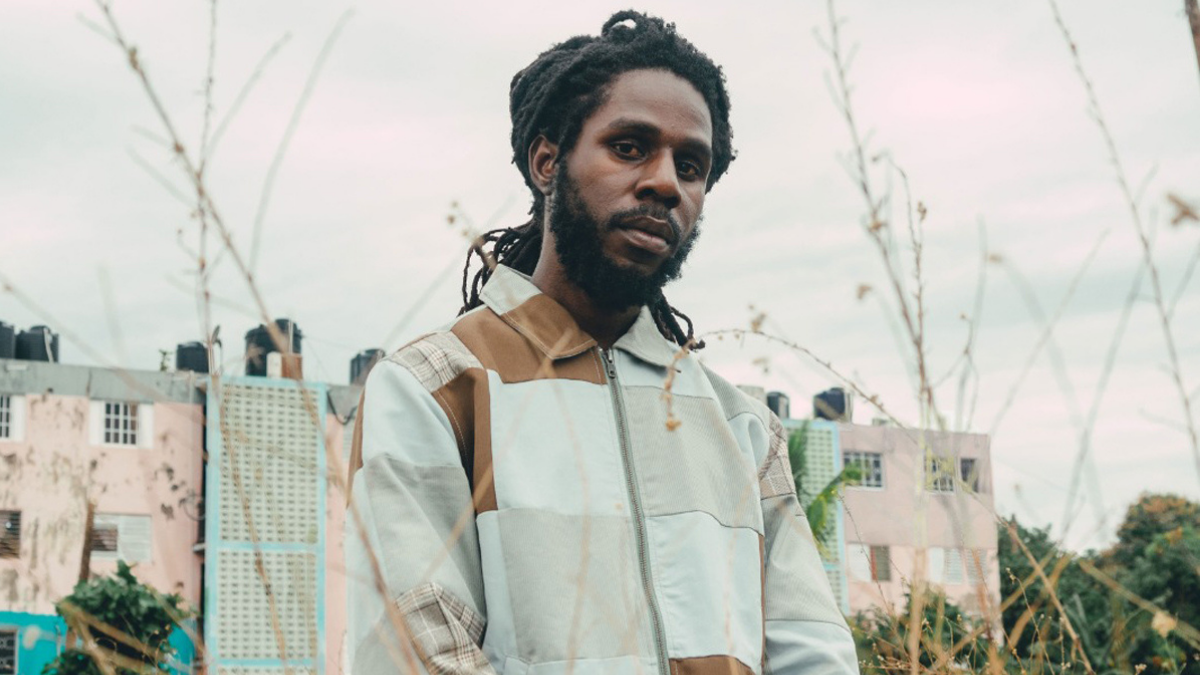 Chronixx has put out a new single and video, Safe N Sound, the Jamaican Reggae and Dancehall luminary’s first release of 2021.

Safe N Sound is a Dancehall track that calls for “evolution time”, according to a release from the artist. “Ah wise ghetto yute start wise up now, ah rise ghetto yute start rise up now,” he roars in the opening verse of the single, before launching into a series of scorching lyrical theories and observations in the Soul Circle Music track, co-produced by Chronixx and Romain “Teflonzincfence” Arnett.

The brand new single is accompanied by an uneventful and minimalist, yet profoundly effectual, video that features less than a handful of visible extras in focus, including the artist himself among the tally. Co-directors Dark X and SAMO managed to made use of creative visual styling that incorporates shot framing and lighting compositions to capture and sustain intrigue from action to cut.

With this new single, the deejay easily retains his space among the ranks of proficient and prolific Jamaican lyricists.

“Lawd have mercy, all of a sudden everybody a gunman. State of emergency anna bag a tension. Politician doa have no development plan, das why every community need a one don,” the oft introspective deejay presents a series of provoking thoughts and observations.

The singer-songwriter has over the years stick with his formula of quality over quantity. Though Chronixx has been steadily releasing music from his highly anticipated Dela Splash project – which was announced about a year ago, there has been no set date for the follow-up album to hit the streets, and the streams alike.

The Spanish Town native has – sporadically, in increments of months at a time – already put out three singles, Dela Move, Same Prayer featuring Kabaka Pyramid and Cool As the Breeze/Friday, from the yet-to-be-released album, which is likely experiencing delay as a result of the general suspension of the global music sphere.

In between Cool As the Breeze/Friday and Safe N Sound, Chronixx also put out several singles from his own Soul Circle label riddim-driven Loco project, whose title single recruited the skills of fellow master lyricist Sasco.