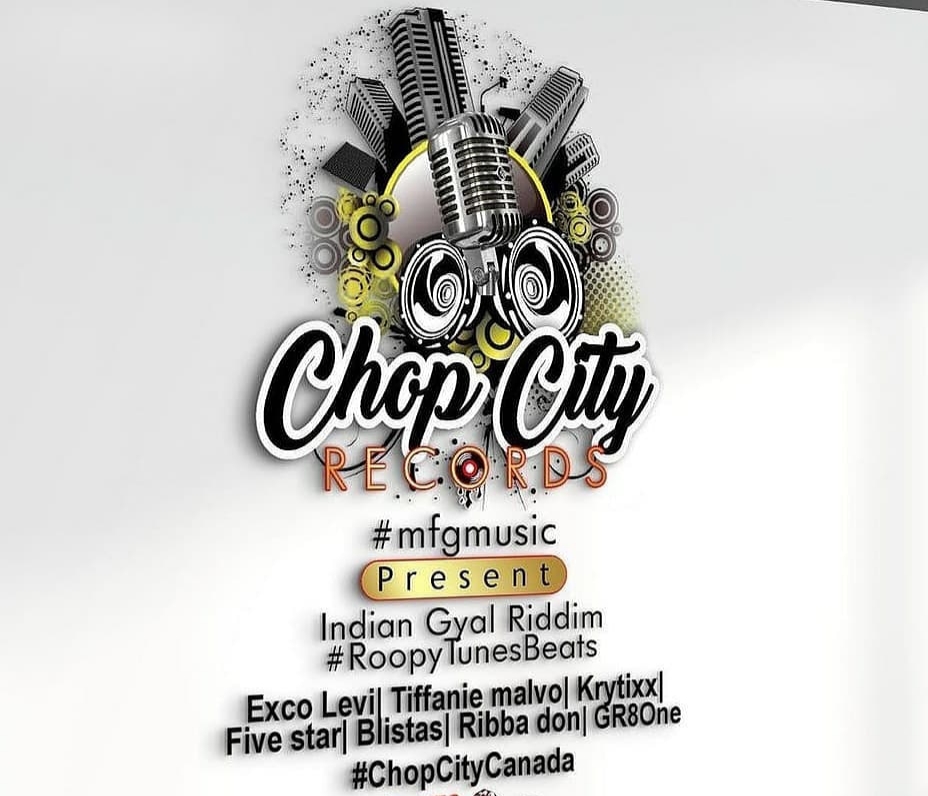 Brampton based Chop City Records has just released the long-anticipated Indian Gyal Riddim and medley video. The riddim features songs from some of Canada’s top dancehall artists like Juno Award winner Exco Levi, Tiffanie Malvo, Triston Fivestarr, Blistas, Krytixx, Ribba Don and GR8One. Since the release of the medley video in early August, the seven-track Riddim has been getting a lot of buzz on social media and in dancehall circles.

The Indian Gyal Riddim is the first major project by Chop City Records. CEO Dinsdale ‘Reba’ Colquhoun decided to work on this compilation because he believes his positive, inclusive and unifying approach will create a successful path in the music business for artists. “I built this riddim hoping to get some of the talented artists that live here in Canada to work together and bring back love and unity in music,” he said. “In many places, I see artists and other people working as a team and achieving great things, so if we can work in unity, I have no doubt our music will be more appreciated, respected around the world and we will prosper more from it”.

Colquhoun was born in Salt Spring, Montego Bay, Jamaica in a family filled with musically gifted people. He honed his musical skills, playing drums in a gospel band at his local church as a teenager. He migrated to Canada in 2005 and after a few years he delved back into music, producing his first track Pilot with local dancehall artist Blistas and MFG Music.

Chop City Records is currently working on a new single titled ‘We Dem a Wait Pon’ by Blistas featuring IHTZ.  Fans can look out for additional songs on the Indian Gyal Riddim, which is being requested by artists here in Canada and internationally. A video for the song ‘Pilot’ is also in the works and will be dropping soon.