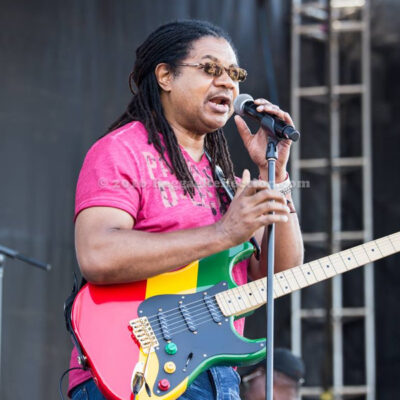 Carl Harvey (born 1 October 1958) is a Jamaican born Canadian guitarist and record producer who recorded as a member of Crack of Dawn and The Aggrovators in the 1970s, and later became guitarist for Toots & the Maytals.

Harvey was born in Jamaica and emigrated to Toronto, Ontario, Canada with his family at an early age. He began playing guitar aged 13 and also played the tuba at school.

After listening to music by Jimi Hendrix, Harvey joined the Toronto funk and soul band Crack of Dawn, which was signed by Columbia Records and had hits in Canada with “It’s Alright” and “Keep the Faith” in 1976. In the mid-1970s, Harvey visited Jamaica regularly and recorded as a member of Bunny Lee’s house band The Aggrovators, playing on albums such as Kaya Dub, Jackie Mittoo’s In Cold Blood and King in the Arena, and also played guitar on Willi Williams’ Messenger Man.