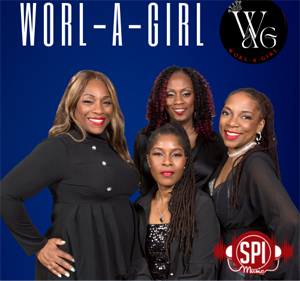 Long before rappers like Busta Rhymes flaunted their Caribbean roots, Worl-A-Girl proudly projected their regional heritage for all to see with songs like ‘No Gunshot’ and a cover of Bob Marley’s ‘No Woman No Cry’.

After a long break, the quartet recently reunited and did recording sessions with veteran musician/producer Sidney Mills. The song ‘La La’ is the first release from that collaboration.

“From time to time, we discussed a reunion, and it was all about timing to make it happen. Our fans would always ask us for new music,” said Sensi, one of the group’s three original members. “Our approach was to be from fun, love and inspiration.”

Linda and Sabrina are the other members who started Worl-A-Girl in 1991. Juliet, who completes the lineup, joined four years later as replacement for Charmaine DaCosta, another original member.  All have West Indian roots. Sensi was born in England, Linda was born in New York, Sabrina is from Trinidad and Tobago and Juliet is Jamaican.

When they agreed to a comeback, they sought the New York-based Mills, who was born in England but raised in Jamaica. He was a member of Steel Pulse for many years.

During the 1990s, Worl-A-Girl was signed to Chaos Records, an affiliate of Sony International Music. That company released their self-titled debut album in 1994.  The previous year, they had a well-received song in ‘Jamaican Bobsledding Chant’, which saluted the Jamaican bobsled team’s sensational feats at the 1988 Winter Olympics in Alberta, Canada.