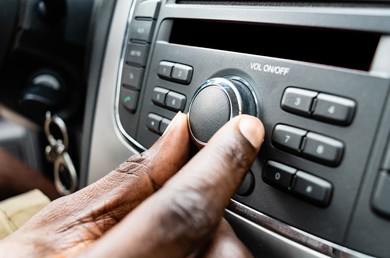 One common complaint that reggae artists in cities like London, New York, Kingston, Toronto and most cities where you have a sizable reggae following, is that there is little or no support from hometown radio for their music. A recent Facebook video posted by reggae artist Pliers of Chaka Demus and Pliers has ignited the aged complaint.

In the 2 minutes and 53 seconds video recently posted by the frustrated artist on Facebook, he questioned radio DJs’ attitude towards playing that he considered to be good reggae music in Jamaica. Radio DJs, he said, would see the need to validate music from artists like himself, a veteran who have sold millions of records but have no qualms, no questions in playing music from popular artists from abroad. “Unuh play Drake, unuh play Nikkie Minaj, unuh play Cardi B and play Rihanna without a dollar, without a question and when our ting fi play, unuh send us back a message saying wi haffi hear it fuss and if wi like it mi wi play it and if mi nuh like it me nah play it,” he said.

The favourable response from people on Facebook about his rant indicates that many agree with the artist on the issue. Canadian reggae artist Lazah Current responded by saying he agrees with Pliers and more artists need to start speaking more forcefully against what is going on with reggae music. “I agree 100% with Pliers”, he said. “I know of artists here in Canada who are afraid to speak out because of the negative impact it may have on their career. It is obvious that those who have hijacked and hold important possessions in the reggae music business are causing their selfishness n greed to suppress quality music.”

Veteran Canadian reggae artist Lascelles Douglas wrote, “I did an interview in the early 90s with the North American Star in Toronto and made the following statement. “Reggae radio personalities will play reggae music with a made in Jamaica label before they’ll play a Canadian made and produced song.  It’s obvious that nothing has changed since. However, I believe the community of reggae artists and entertainers have a responsibility to take this opportunity to research, evaluate and identify the core reasons for this disparity in the industry and as a unit create a platform to address and apply resolutions that will hopefully, permanently eradicate the existing system of bias”.

Outspoken Juno award winner Kirk Diamond believes radio and sound DJs in Canada do not believe in the artists here or their product. “How many DJs from Canada are willing to go to Jamaica and play Canadian artists? Not many,” he said. “Give thanks to the ones that do, but even the ones that do, are not playing us with the confidence needed to make an impact.”

The plight with home-grown reggae music and radio in Canada and worldwide has been an ongoing issue for many years and by the look of things, there is no near end in sight. The fact is, it seems that the only people who truly care about the advancement of the culture and not just interested in what they can attain from it, are the ones who continue to sacrifice to make reggae music, no matter what. Maybe it is time that these artists realize that they have to put ego aside, find a common ground and work together to create a viable solution.