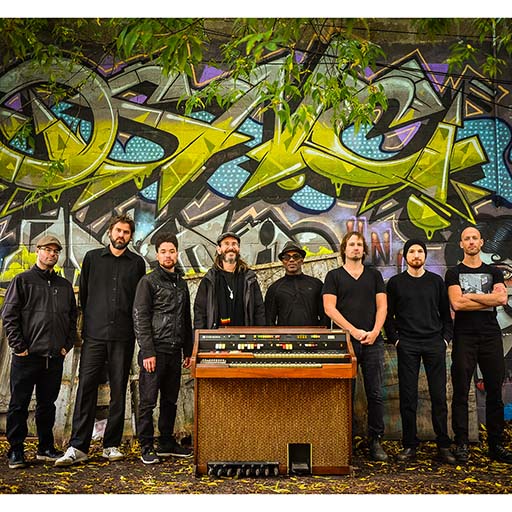 When it comes to Reggae in Canada, few bands do it better—while remaining true to its founding principles—than Toronto’s The Human Rights.

On November 4th, 2022, they released their new single ‘When She’s Gone adding another classic to their already impressive catalog.

Since forming in 2007 around one of the scene’s true lions, Friendliness; The Human Rights have developed a modern, high-energy sound that blends Roots Reggae with jazz, funk, and R&B influences, courtesy of a blazing three-piece horn section and the soulful lead vocals of JUNO nominee Tréson.

They proved that again on their latest album ‘Reggae Strong’, released in the summer of 2021. Recorded with producer and former band member Patric McGroarty, and mixed and mastered by renowned Canadian reggae artist Dubmatix, ‘Reggae Strong’ finds The Human Rights coming as close as they have yet to achieving a truly Canadian Reggae sound, with a little assistance from Toronto’s Ras Yunchie, Caddy Cad, ISax, and Carol Brown.

The band is now sharing another Reggae Strong track, ‘When She’s Gone accompanied by a video shot at the 2022 Hillside Festival in Guelph, Ontario showing band members enjoying the bucolic surroundings, and capped off by glimpses of their euphoric set, which couldn’t be halted by power outages caused by inclement weather.

In a group statement, they say the video is an accurate reflection of the song’s theme of coping with the lingering pain after losing something meaningful in your life. “Performing at the Hillside Festival in Guelph has been a dream of ours for over 20 years and when we were given the opportunity to close the festival on the Island Stage we were elated. Of course, rain, thunder, and power outages mashed us up, and much like a rough breakup, we were heartbroken.”

Still, as they prepare for the 2023 festival season, The Human Rights continue to build on the momentum of ‘Reggae Strong’, and the album’s previous singles ‘Peace Gun’ and ‘Workin’, which can still be heard on CBC Radio programs such as The Strombo Show, Frequencies, and Big City, Small World.

It all underscores the fact that with ‘Reggae Strong’, The Human Rights have created their finest album to date, while once again proving Reggae’s ability to unite and inspire everyone struggling to get through tough times.

With the combined strength of 10 humans, The Human Rights are a Live Modern-Roots-Reggae Powerhouse! With three studio albums, multiple major festival appearances, and a national radio play, The Human Rights can be counted among Canada’s finest. On Thursday, December 1st fans can catch The Human Rights and Identity Soup live at Onyx in Guelph, Ontario.