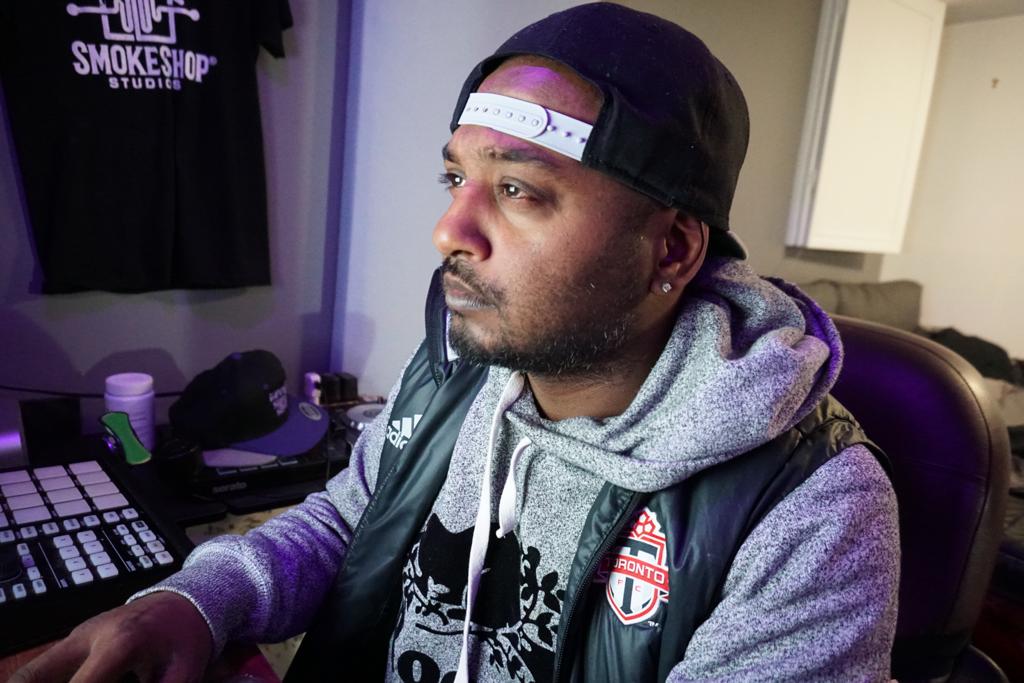 Joseph ‘Smokeshop’ Bishun is based in the suberb of Brampton, the city that keeps producing international rappers, singers, producers, soccer stars, basketball players etc. He has been creating riddims and producing songs with some of dancehall’s top ambassadors and many believe it’s a matter of time before he joins the legions of stars from the Peel Region.
Smokeshop has produced over 30 riddims to date and his recently released Tinkin Toe Riddim is the latest project from the Smokeshop Studio. The seven tracks compilation is presently getting a strong buzz in Jamaica and the Caribbean. It features songs from artists like Exco Levi, Eyesus, Zinthos and others.
Over the years SmokeShop has been able to attract some of dancehall’s finest to record on his tracks. His most popular work to date is the Soursop Riddim which featured top dancehall artists Alkaline with a track called Not a Slack Song. Most recently he produced a big hit with Platinum selling artist Charley Blacks titled Yardlink. He has also worked with other dancehall greats like Merciless, Savage, Munga Honorable, Elephant Man, Jahvinchi and the late Captain Barkey to name a few.
Smokeshop started out in the music business as a DJ in high school and played regularly at big parties downtown Toronto with his sound called Iceburgz Entertainment. In 2000, he created his first beat and made a mixtape with a few friends who were rappers. He enjoyed the creating process and fell in love with the production side of the music business. A few years later he produced his first dancehall song titled Wi Hate Yu First, featuring Eyesus and Jahvinchi and has been hooked ever since.
Smokeshop believes he got his music genes from grand father Cyril Bishun who was a music teacher, in his native country of Guyana and who recorded a country album when he migrated to Canada.

Smokeshop studio’s reputation is growing rapidly and Joseph Bishun is arguably one of the best dancehall producers and studio engineer in Canada. For the future, he plans to keep creating great riddims and continue producing hit songs. Smokeshop’s music are available on all leading online stores.