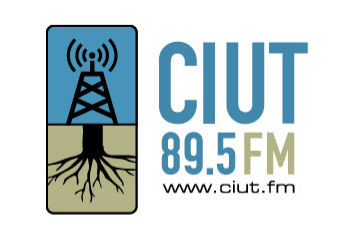 Wayne Jones AKA Scabba G is a name synonymous with community radio in Toronto. For over 20 years, he has worked at CIUT 89.5 FM as the host of Morning Ride on Monday mornings and more recently, on Steady Vybz on Saturday mornings. Recently all those years of sweet reggae music in the morning was turned off as both shows were cancelled when Scabba G was told by management he no longer works at the station.

Like most in our community who have been fans and avid listeners to his shows, Reggae North is curious about what transpired that led to the firing of this radio host and the cancellation of these shows, which have been a staple on radio for many years. Some believe the way the decisions were made to discontinue Scabba G’s service was truly underhanded and disrespectful. Over the years, he has supported the Canadian reggae music culture and has helped the musical careers of many in the music business. To get an understanding of what led to the ending of an era in Toronto radio, Reggae North contacted Scabba G, the Manager of CIUT FM and a complainant to get some clarity into what led to the station’s decisions.

According to Scabba G, this all started when he was contacted in late April 2021 by Ken Stowar, the Station Manager at CIUT 89.5 FM and was told that someone had lodged a complaint about him, stating that he had taken money from them to play music on his show and he was not living up to his obligations. The complainant therefore wanted compensation from the station. When asked twice by the Station Manager if such a transaction had transpired, Scabba G said he was honest with his answer and told the manager that he did take money from the artist, but there was an explanation. “I was truthful with my answer, because I knew that the money I took from this artist was not to play his music on air, because I have been playing his music for a long time like I play music from other artists,” he said. “The money I took from the artist, was payment for a job I had asked someone to do for him and had to pay the person out of my pocket, so this was me recouping my money”. He continued to say that during the conversation with the Manager he never got the time to fully explain himself, as he was told there would be an investigation into the matter and that his shows would be suspended until further notice.

Scabba G said he is still waiting on the findings from the investigation the station said they would carry out. “I was told that the station had given back the money to the person who made the complaint and I in turn had compensate the station which I did immediately,” he said. “To be honest, I didn’t even get a fair chance to explain my side of the story and what truly went down”.

He continued by saying the next time he heard from the station via email, he was told that his shows are cancelled and he no longer worked at CIUT and he should return the station keys. “I heard that a few people from the community had called the station and enquired about my situation and my immediate dismissal was basically a backlash on that” he said. “The way management dealt with the situation was very unprofessional and disrespectful, their actions are unbelievable, and it actually has damped my spirit. Twenty plus years of helping my community by promoting reggae music and artists ending like this.”

Scabba G went on to state he was still in awe about the whole situation, because this artist, like many, is someone he had worked with on more than one occasion. “I worked as an MC at one of his events. I got discounts when he bought commercial from the station. He didn’t just hurt my situation at the radio station, but his actions have hurt the reggae community”.

Reggae North located the complainant and we agreed not to disclose his identity in any form, because of the negative publicity and whatever else might transpire because of his actions. “I was very surprised and shocked to hear about the dismissal of Scabba G and the cancellation of his shows. I can’t believe after over twenty years the station would move so drastically over one complaint,” the artist said. “I feel deeply saddened that the station has made that kind of decision after I distinctly told them, more than once, that my complaint in no way is meant to get Scabba G fired or anything of that nature, because I would hate to see that happen because of me”. The artist continued by saying he now regrets even calling the station because they have gone further than he expected.

When Reggae North contacted CIUT 89.5 FM Station Manager Ken Stowar to get some clarification regarding the station’s decision to axe Scabba G and cancel his shows, he sent this response via an email: “Thank you for your email.  By the way, I did receive your voicemail message from yesterday but only retrieved it earlier today. The matter you are referring to is confidential station business and I cannot speak to the issue(s) at this time. However, I can tell you that CIUT-FM’s commitment to reggae remains intact.”

Whatever the circumstances, the firing of Scabba G and the cancellation of his shows is another loss for the reggae community who is already suffering with lack of airtime on radio for reggae music in Canada.

For additional information or to voice your concerns regarding the loss of this radio program, you can contact CIUT 89.5FM, Station Manager Ken Stowar by calling (416) 978-0909 x 201 or email him @ ken.stowar@ciut.fm