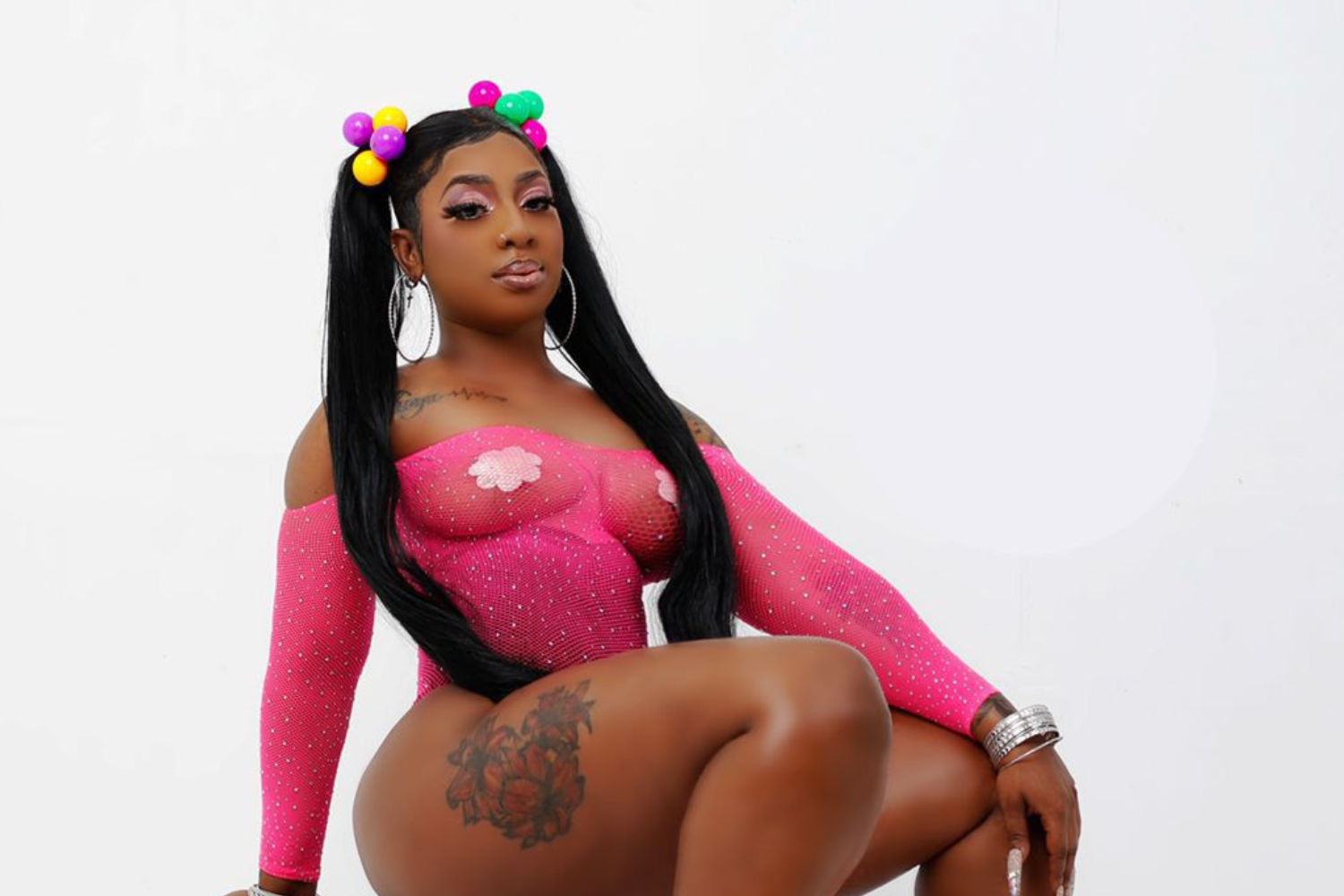 The new version of the song which is titled ‘Caah Tek It Out’ was produced by 360Degree on the Art A Dancehall rhythm was released by Britlake Records a few months ago.  “I still can’t believe that I got a chance to be on this track. It’s a true dancehall classic. The new version is very good too I believe it has the potential to be a big hit,” said the artiste.

The vivacious deejay who has also done collaborations with Skillibeng and 10Tik is confident that she has what it takes to be a global music star.  “I have a very unique style all of my own, my music is raw, but it’s very classy too. I’m putting in the work so it’s only a matter time before my career takes off,” said the artiste.

Pretty D is currently busy in the studios working on new projects.

“I’m very excited about a new collab that I’m working on with Sizzla it’s going to be hot. I’m also working on some other singles that I plan to drop soon,” said Pretty D.

Pretty D given name Sherice Clarke is a graduate of Ascot High School.  She launched her career with the release of a song that she wrote about her daughter Ashoya, titled ‘Everything to Me’ on the Shady Ville label in 2020.  Some of her other songs are ‘Car Back’ remix with Skillibeng and ‘Phd’ featuring 10Tik and Cash Register.