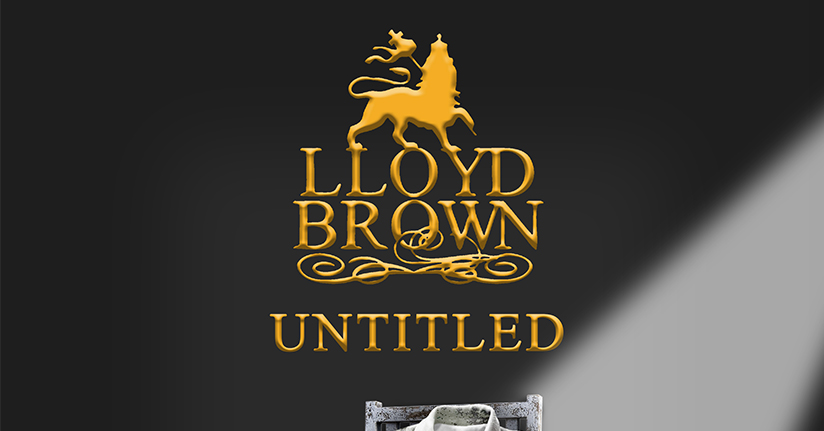 Untitled as well as being a somewhat weighty effort standing at twenty tracks tall, is a major departure from what followers of Lloyd Brown’s music will come to expect, as it contains only one Reggae track. The remaining nineteen cover many genres such as Drum N Bass, House, Garage, Trap, Rock, Jazz Funk and Grime, to name a few.

During the COVID-19 lockdown of Spring 2020, Untitled was conceptualized during a chance meeting via his YouTube channel, where a budding producer, Justin Pinnock from Justin Thyme Productions [originally from Birmingham now based in Rotterdam, the Netherlands] commented on one of Lloyd’s tutorials. After Lloyd received a few tracks and utilizing his tutorial techniques, he was so impressed that he told Justin that he wanted them both to collaborate on his next album and the result is the magnificent work the world is hearing today.

From the first track I’m The Man, produced by fellow collaborator bassist  George Georgiev and Benjamin Woolacott from Phantom Ink, to the last track Where we Stand produced by Justin, you know you are in for a musical ride of your life.

Over the years, the British born crooner has topped charts in the UK and Internationally. He is known for hit songs like Sharing the Night Together, Love you Down, It’s a love Thing with Tippa Irie, Main Squeeze, Show me that you Love Me and Stress to name a few.

Untitled presents Lloyd in an astounding eclectic light where listening from start to finish, one will grasp where Lloyd’s musical head and indeed his enduring talent is at. Reggae music will always be deep in Lloyd’s heart and soul, but music no matter the genre has always been in his DNA.

Untitled is available across all digital and streaming portals and fans can follow Lloyd Brown at: