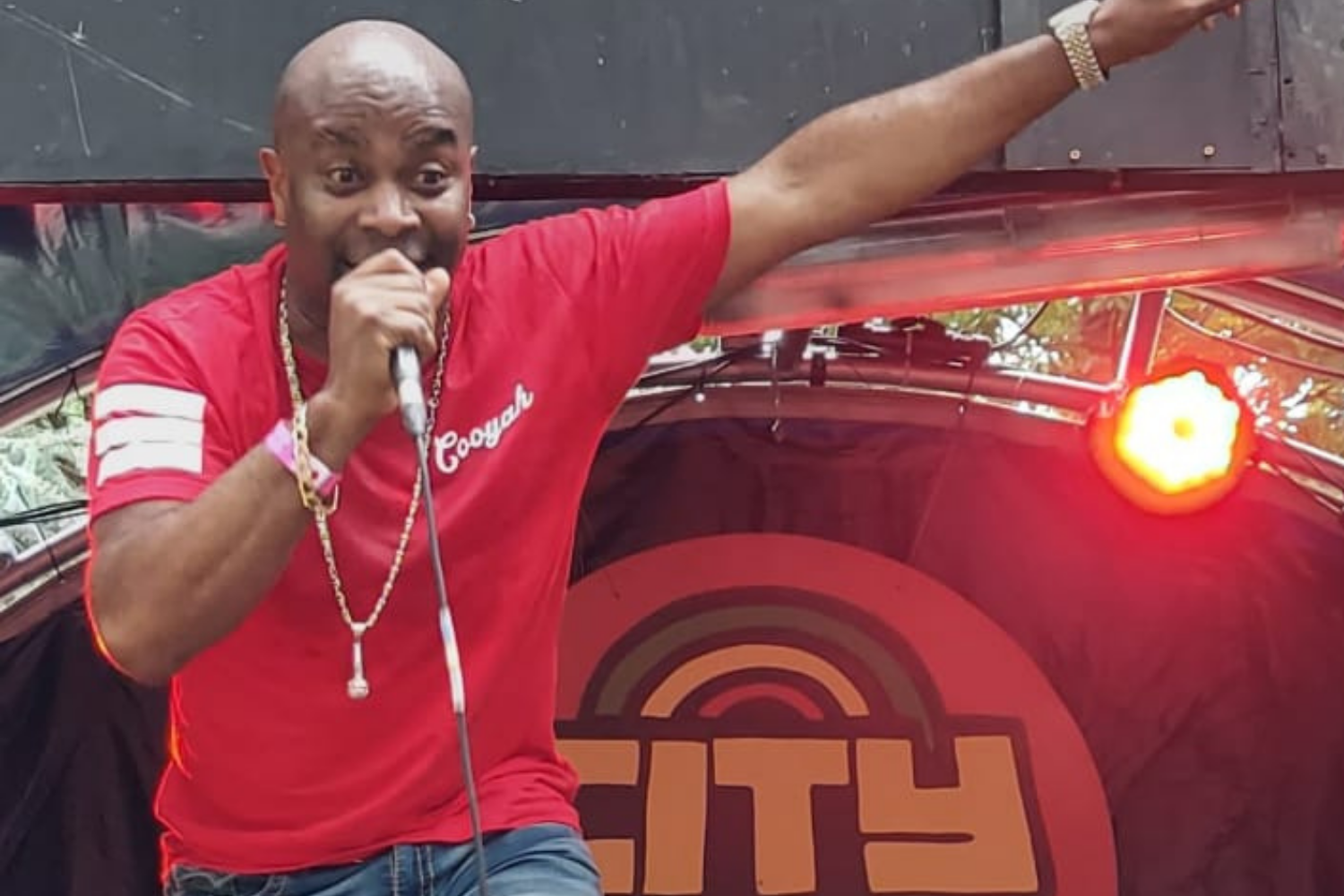 Popular selector and radio personality Mixmaster J, aka “English General,” reputation and brand keep expanding as he is booked to appear in Ghana/Africa, Cancun/Mexico, and on the Jam Rock Cruise in 2022.

This past summer, he scored a co-host gig at the first annual Caribbean Afro Music Awards (CAMA) and made an appearance at the City Splash Festival in London, UK. The celebrated September appearances come amidst a bustling online presence of his weekday (M – TH) “Lunchtime Drive” and “Drive Time” shows, which stream on IG, ILiveRadio  ReggaeGlobalRadio and HeartofLoveRadio, respectively.

Hosting an award show for the first-time, Mixmaster J rose to the occasion. The tastemaker thrived alongside stunning co-hosts Janelle Raeburn and Caz Mac, offering great commentary, organic chemistry, and a bubbly disposition. The virtual award show was aired on Tempo Networks, with great performances making it a standout. “I was asked by CAMA to be a host, as they thought I’d bring a different flavour to the proceedings,” says Mixmaster J. “Hosting CAMA was a blessing, I truly felt like I found a new calling, it felt very natural.”

As if the summer couldn’t get any hotter for English General, he delivered an exceptional performance at the highly anticipated City Splash Festival, a spectacular event celebrating Reggae music, food and culture. Setting the tone for a stellar show to follow, Mixmaster J wowed the revelers with an eclectic set that skillfully spanned Reggae and Dancehall music over the years. Wildly interactive with the audience, concertgoers felt a bonafide Reggae and Dancehall music experience with Mixmaster J, as they danced to infectious selections from Sizzla, Bounty Killer, Damian “Jr. Gong” Marley — among notable others.  “After 18 months of lockdown, this was a great and joyous opportunity to showcase my skills before a crowd of 9,000 people who may or may not know me, ” he said.

There’s no surprise that the Mixmaster J name is blossoming, and his brand is expanding. While he loves candid interviews with high profile guests, premiering new music and entertaining listeners daily, he realizes that he has other gifts, and he is nurturing them. “I am grateful for the opportunities, and whatever door opens as long as long as it will showcase my abilities in a positive light, I won’t hesitate to showcase who I am,” the English General said.