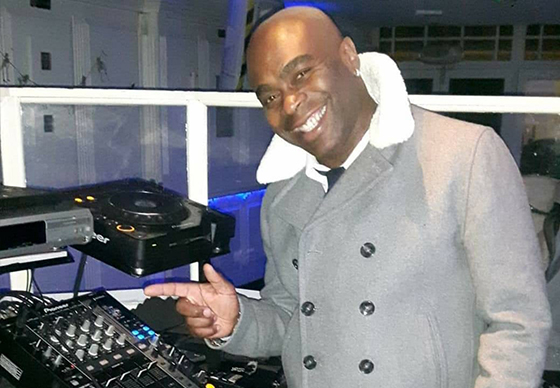 Mix Master J, the English General, is one of London, England’s most respected reggae disc jockey.  So his fans were not surprised when his show “The Lunchtime Ride” was recently voted the best syndicated show at the iLive Radio Awards, 2021.

Known for his love for what he describes as relevant reggae music and his respect for established as well as new reggae artists, Mixmaster J was appreciative of all who supported him. He also dedicated the award to his late father who passed away earlier this year. “They say hard work pays off and I’m grateful to all my fans who voted for me.  Listeners globally, I thank you” he said. “I dedicate this award in honor of my recently deceased father, Mr. Neville Scarlett.”

Some of his many fans showed him love on his Instagram page with congratulatory message when they learned about his win.

@One_and_onlyib said, “Congratulations #1DJ in midmorning. I get to hear new music all the time love it.”
Born in England to Jamaican parents, Jay ‘Mixmaster J’ Scarlett’s first love is unapologetically Reggae music, but that does not prevent the experienced veteran from dropping Soul, R&B and Hip Hop when the occasion calls.  Because of the range in his music box, Mixmaster J is known to entertain his global listening audience via his radio show and there is no continent that has not been touched by the English General’s experience.

Having been in the industry for many years, during that time he has supported many artists by doing interviews and being the first to launch some of their new releases.  Artists like Bushman, Sizzla, Shinehead, Jah Cure, Taurus Riley , Macka Diamond, Steele, Sean Paul, Tony Anthony and Shaggy, to name a few.

In 2011, Mixmaster J earned the coveted title of European Sound Clash Champion which recognizes his skills as a selector as well as been recognized for his mics-manship.  Recently, Mixmaster J interviewed Hollywood legend Eddie Murphy on Mystic Radio, asking several pointed questions regarding a possible Reggae album, as well as the actor’s love for the genre.

People can tune in to Mix Master J’s radio shows: