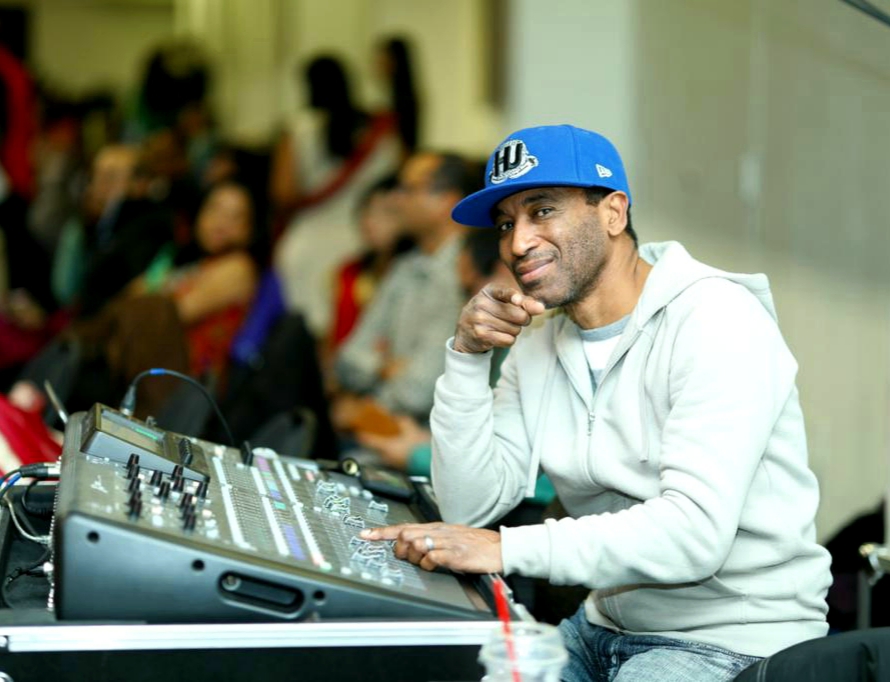 When you ask people on the Canadian Reggae music scene about Danny Maestro you usually hear words like professional, good engineer, competent, friendly and nice guy. At most reggae stage shows in Ontario you will most likely find him sitting in front of the mixing board or standing close by observing and learning more about his craft.

Danny Maestro migrated from Kingston, Jamaica with his family to the USA in 1976. Fourteen years later Brampton, Canada became his new home. Immediately after settling in his new home, he built his recording studio and sought out local talents, building on a dream which started in New Jersey.

“Mi have di crown” by Terminal DG was the first recording completed at his Bullet Proof Recording studio and released on his Bullet Proof record label. Soon after his roster grew and he was producing music with artists like the Original Lord Sassafras, Sugar Man and Dezzie Ranks to name a few. His reputation grew immensely and visiting artists from Jamaica requested his service. “During that time Bullet Proof Studio was the main stop for dubplates and other music productions”, he said. “I even start producing songs with Pinchers, Frankie Paul and Terri Ganzie and a lot more international artist”.

Today Danny Maestro’s production and engineering credits read like the work of a true Maestro. It includes the remix of the philosopher kings “Hurt To Love You.” He mixed the Jay Douglas World Stimulation album which includes Tanya Mullings 2010 Juno nominated song “Breaking Up.” He followed with chart topping hits in Europe and North America including “Tings A Gwaan” by Chuckleberry, “Eeanie Meanie Miney Moe” with Janhoy and “Farmer by trendsetting superstar Carla Marshall.

Danny Maestro also produced songs on three other Juno winning albums, Lenn Hammond’s chart topping self-titled album “Lenn Hammond, Carla Marshall’s “Farmer” and Frankie Wilmot’s “Vision” album. Along with all those accolades Danny Maestro has won the Producer of the Year award on two occasions, at the Canadian Reggae Music Award in 1995 and the Reggae Music Achievement Award in 2011.

One wonders how Danny find time to do so much work in the studio and then as a live music sound engineer. “I love music engineering in every form, so I always make time to do both studio and live work when the opportunity arises,” Maestro says.

Engineer David “Django” Griffiths introduced him to mixing a live show in the mid-nineties and he hasn’t looked back since. “I remember my first time mixing a band, it was with a band called Fujahtive, he said, “I was nervous, but I knew I couldn’t mess up, but it turned out well in the end.” A few months later, he did his first solo gig mixing a show with Monster Shock Crew and Fantan Mojah from Jamaica. Today Danny Maestro is one of the most requested reggae music sound Engineer in Canada. He now plies his trade with ‘Red Sound and Lighting’ and can be seen behind the mixing board at shows like Grace Jerk Festival, CNE Reggae Series and Jambana. Since the lockdown caused by the Covid pandemic, he has been tweaking the keys behind the scenes of most of the live stream Canadian reggae productions.

Danny Maestro is known for quizzing other engineers, wanting to learn as much as he can about his craft. He is currently participating in a master class lesson with Engineer Jason ‘Redz’ Reynolds who is known for his work with Shaggy, Julie Black and the Marley Brothers. He is also working on an album with the female reggae band Rezolution. Not one to sit on his laurels, it will be interesting to see what the Maestro does next.