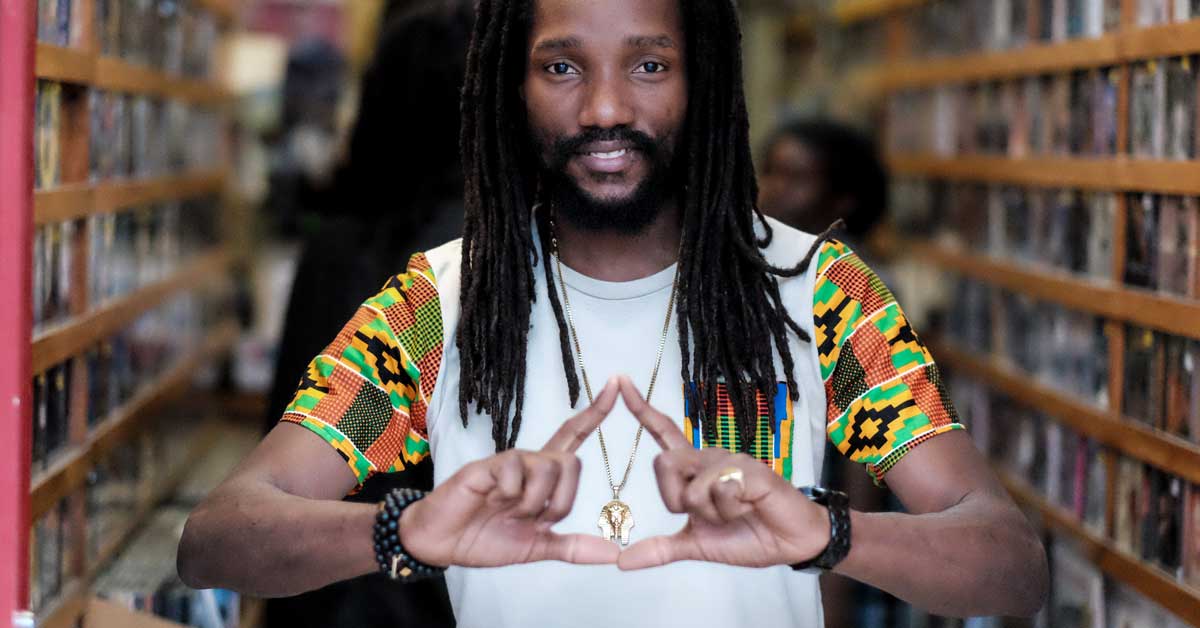 When Bebble Rock Music artiste, Kabaka Pyramid, stated that his new song, ‘The Kalling’, will “shake up the place”, he wasn’t talking just because he could.

Kabaka, who has been observing the onslaught of violence and iniquity at all levels, believes that “the place definitely need a shaking up”.  “Too much distraction a gwaan and I feel like the music a tek a turn,” he said sombrely, adding that this is why songs like ‘The Kalling’ become important.

“We need music that is putting out the frequency and the vibration to uplift the youth. Imagine … artiste a talk bout popping molly inna dem song. There is nothing wrong with enjoying life, but yuh can’t get careless with it,” Kabaka stated.

Molly is an illegal synthetic drug that alters mood and perception. It is increasingly being used in Jamaica, particularly among youths seeking to get high.

Released last Friday, ‘The Kalling’, which is the title track from Kabaka’s upcoming album, is a collab featuring musical heavyweights Stephen Marley, Protoje, Jesse Royal and Kabaka and which was produced by Damian ‘Jr Gong’ Marley.

In the intro, Stephen sings, Brute Force, on the frontline

Kabaka explains that the song is a ‘kall’ to consciousness and reflection and repeated that, “When you take up Rastafari duh nuh tek it for no joke, it’s more than just the locks weh deh pon you head and what you smoke, the words dem that you spoke, energies yuh evoke, they must be a reflection of the King.”

He stressed that at this time in history it is important to have “unity and solidarity inna Rastafari”.  “We have to set the example set for the younger generations,” the ‘Well Done’ singer said.

The music video for ‘The Kalling’ premiered on September 16 and has so far amassed 140,000 views.  The spelling is in keeping with his continued use of the letter ‘K’ which has become his signature way of being unique, similar to that used in ‘Kontraband’, his debut album.

“Me and all my siblings’ names start with ‘K’ and it just happened that when I was looking for a stage name I came up with Kabaka, a Ugandan word for King,” Kabaka, who was christened Keron Salmon, explained.

The album, The Kalling, is set for release on September 30 via Ghetto Youths International/Bebble Rock Music.