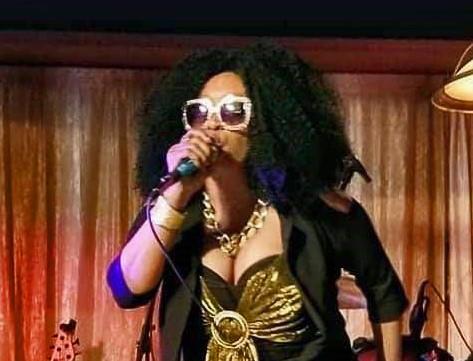 There have been many racially charged incidents in the United States throughout the last decade. Many have had global impact and forced societal change. Singer JoJo Mac has lived in the US for over 35 years. She takes aim at racial injustice with Fight For Life, her latest song.

Produced by Rebel Kolony Entertainment, it is done on the Rebelution Riddim. “The inspiration came from all the racial injustices that I see happening in America and across the world. Since I have lived in America I have not seen it so intense, so profound. I knew it existed, but it seems to have taken on a new life and as a singer I could not just ignore it,” said JoJo Mac, who lives in Philadelphia.

With each death, legislators in the US have passed legislation to stem acts of racial profiling against persons of color.

Originally from the parish of Clarendon in central Jamaica, JoJo Mac has been recording for over 30 years as a solo artist and with Black Uhuru. Writing hard-hitting songs comes naturally to her.

“I would say this is the most militant of quite a few militant songs that I have written for myself. I have songs like Bottom of The Ladder and War for Smartkid Records, and I Won’t Surrender for Mightyful 13 Records. But I have to say one of my most militant songs is Stronger that I wrote for Black Uhuru,” she said.