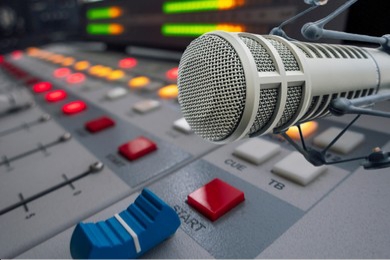 The Broadcasting Commission has imposed an immediate ban on the playing of music that, among other things, promotes or glorifies lottery scamming, the use of the illicit drug Molly, and illegal guns.

In a statement today, the commission says the directive to radio stations reinforces its commitment to keeping airwaves free of harmful content given the important role traditional media still plays as agents of socialization.

The use of the public airwaves to broadcast songs that promote/glorify illegal activity could give the wrong impression that criminality is an accepted feature of Jamaican culture and society, the regulator noted.

The commission is also asserting that it could unwittingly lend support to moral disengagement and further normalize criminality among vulnerable and impressionable youth, and the young adult demographic.

Commenting on the directive, Executive Director of the Commission, Cordel Green, said it was the end product of a wide-ranging process that included focused monitoring, decoding of subculture dialect and urban slangs, deliberations on balancing free expression vis-a-vis protection from harm, and consultations with Industry.

Green went on to explain that this approach was necessary given the nuances and peculiarities inherent in content regulation.

“Part of the difficulty in dealing with music, especially that which emerges from a subculture, is that it takes time to identify, understand and verify the slangs and colloquial language used. Understandably, new street lingua may take some time before they are normalized, or their meanings become well entrenched. The Commission also has to be circumspect in its actions, knowing that regulatory attention can have the unintended consequence of giving exposure to and popularizing subcultural phenomenon,” Green.

This article was first posted by the Jamaica Gleaner October