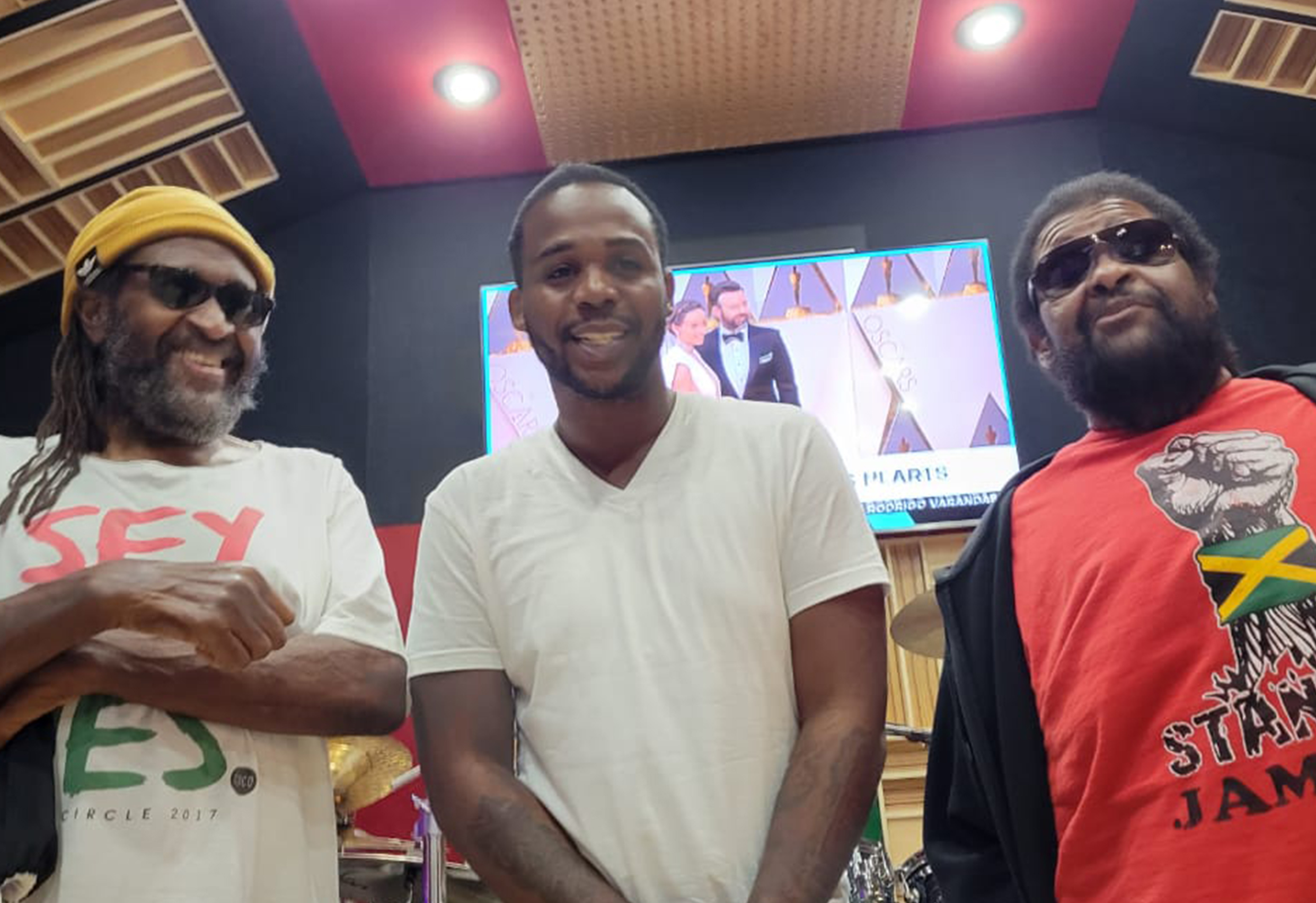 When Inner Circle won the Grammy Award for Best Reggae Album in 1994, Teejay was in his mother’s womb. Twenty-seven years later, they are eyeing the charts with the song, Riches wi A Pree.

The single was recorded in May at Circle House Studio in north Miami, a go-to spot for pop music’s elite artists. It pits Inner Circle, formed in 1968 by brothers Roger and Ian Lewis, with one of dancehall’s hottest acts.

“When him first hear the riddim him sey, ‘boss, a nuh my kinda ting dis yuh nuh but mi like it’,” said Roger Lewis. “Wi hold a good vibe an’ wi feel the song can shot.” The unlikely collaboration came while Teejay was recording songs at Circle House. Known as the ‘Up Top Boss’, the 26 year-old deejay is now being managed by Solid Agency which handles bookings for heavyweight acts like Shaggy and Bounty Killer.

Teejay is from Glendevon, Montego Bay, one of the toughest communities in Jamaica. He is among a number of artists from the resort city who have made a name in dancehall music in recent years. Others include the jailed Tommy Lee Sparta and Rygin King.

Abebe Lewis, marketing manager for Inner Circle, said there is no official release date for Riches we A Pree. Teejay has released several singles in 2021 including Deeds and Trust.

Inner Circle formed in Kingston 53 years ago have been based in Miami for almost 40 years. They had a number of hit songs with Jacob Miller during the 1970’s such as Tenement Yard and Forward Ever, Backward Never.

In the 1990’s, the band hit international charts big time with the songs, Sweat and Bad Boys. Their album, Bad Boys, is their lone Grammy Award.