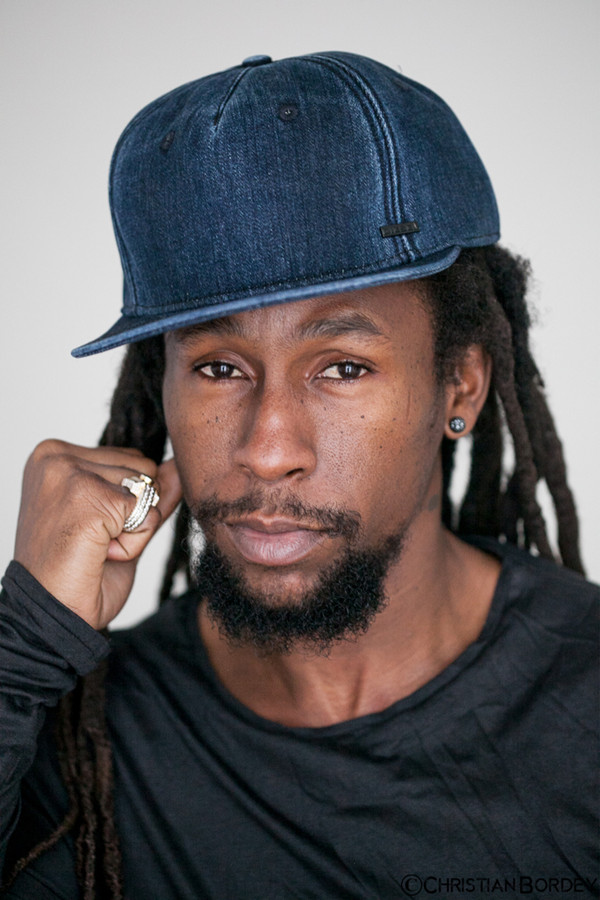 In December 2021, Jah Cure posted a video of his young daughter singing a cover of Bruno Mars’ ‘Talking to the Moon’ and fans immediately jumped in the chat to offer words of praise and encouragement.

Anje_ja declared “Wow! She’s awesome… Please @therealjahcure, fix up for your princess. Find your spirituality again. Find it for you and your baby girl! This was beautiful… It’s in the genes!”

“Mi artiste yuh affi really focus for your Gem!!! Didn’t even [know] you were behind those bars again!!! You’re so talented and I see and hear you loud in your daughter!!! Come on bro one love get it together and let hear that collab!!!” Pamellabailey42 urged.

“Jah Cure stay positive. Focus on positive thoughts and what you are going to do moving forward,” was the message from Ang.i.ray.

Fast-forward to one year later and Jah Cure, still behind those prison walls, is ready to release a brand-new album on the VP Records imprint. In his first interview since the incident which led to him being arrested in Amsterdam and being found guilty of attempted manslaughter and sentenced to six years in prison, Jah Cure, first and foremost, had a word for his fans.

“My message to my fans is I apologise for this situation I get myself caught up in. I would like to give this album to you as a special gift from me to you. Until we see each other soon, I will have some interesting songs to share with you,” Jah Cure said.

The album is titled ‘Undeniable’ and with titles such ‘Beautiful’, ‘Think About it’, ‘Trust’, ‘One More Time’, ‘Be the One’, ‘If I Had You’, ‘Turn off the Lights’, ‘Everything’ and ‘Good Life’, the songs suggest that fans will be hearing from Jah Cure the lover.

“This is true to the extent of 120 per cent. It’s about the undeniable lover in me,” Jah Cure said.

‘Undeniable’ sees Jah Cure reaching across to the continent of Africa for a collab with Ghanaian Afropop, dancehall and reggae artiste, Stonebwoy and he shared why he decided to include him on this project.

“Stonebwoy is one of my brothers from another mother. We recorded some songs together when he was in Jamaica and this song was one of them. From the long list of songs that we have to choose from, this ended up being one of our favourites,” Jah Cure, born Siccature Alcock shared.

The title track features talented, rising star Kaylan Arnold on one of only two collabs and, for Jah Cure it was important to feature her on ‘Undeniable’.

“Kaylan Arnold has been a big fan of my music for years. She reached out to me from 2016 because she would like me to help her with her music. I discovered that she is very talented. So, I think it’s time for her now to get that opportunity that she deserves,” he explained.

According to Jah Cure’s bio, his first big break came in March 1997 when he released the single ‘King in this Jungle’ which was a collab with Sizzla. The song was produced by Beres Hammond who went on to become his mentor. He then released several singles that received critical and popular acclaim.

Beres Hammond eventually took Cure under his tutelage and began mentoring him and producing his music in the studio. In 1998, Cure performed on a European tour and visited several Caribbean Islands with Beres Hammond and the Harmony House Family.

Songs such as Unconditional Love (feat Phyllisia), That Girl, Never Find, Longing For, Love Is, All of me, What Will it Take, Before I Leave and Sticky, have ensured that Jah Cure is no stranger to moving big numbers, having sold gold, platinum and double platinum over the years. His VP Records album, The Cure, topped the Billboard Reggae Albums chart in its first week of release and was nominated in the Best Reggae Album Category in the 2016 Grammy Awards.

“I absolutely hope that Undeniable will be another Grammy nomination,” Jah Cure said, adding, “I have many favourites [on Undeniable] and it’s hard to choose one, but if I have to choose it’s Think About it.”

Undeniable is scheduled for a February 17 release via VP Records, to which Jah Cure is signed.