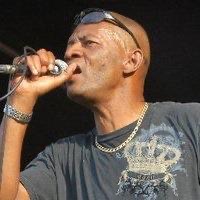 Veteran reggae singer Horace Martin latest single, Arise, which focuses on giving thanks for life, signals a return to his roots as a conscious artist. Produced by Tasjay Production, the single is the lead track from the latest EP released on the label titled Arise.

Horace Martin was born in Kingston Jamaica.  He recorded his first songs Mi Rule and Sonia between 1974 and 1976 on the Big Band Label and for Prince Huntley & The Posse. He has been a mainstay amongst dancehall reggae enthusiasts since the 1970s, reinventing himself numerous times to keep up with the times and keeping himself relevant. Horace has decades’ worth of successes in both mainstream and underground radio. He has continued to release many recordings that receive critical acclaim.

Horace has reached number one on several charts worldwide with his singles Beautiful Dream and Wake Jah Jah Children (still in rotation today). He has released six albums to date, including the Mix Up on Redman International, Watermelon Man, Black Bear, Musical Ambassador for Trevor Elliot and albums for Studio One and Linval Thompson.

A full-length medley video of the Arise project is presently being worked on and is scheduled to be released very soon. The EP is available for purchase on all leading online stores.

Follow and support Horace Martin and his music on