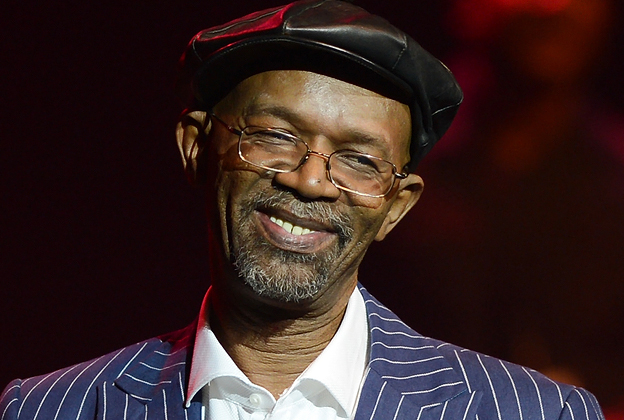 It was the summer of 1985. Music producer Willie Lindo, based in New York, headed to Jamaica for a meeting with singer Beres Hammond. He was concerned that ‘What One Dance Can Do’, a song he wrote and produced for him, was going nowhere.

“When it came out in the first three months nothing never gwaan (happen) for it but when mi reach Jamaica, Beres sey to mi, ‘Willie, I want yuh do something with mi later’,” Lindo recalled.  Hammond took him club-hopping and Lindo saw firsthand the crowd reaction to ‘What One Dance Can Do’.  “When dem (club DJ) put it on everybody get up an’ dance. From that time, mi realize sey something a guh gwaan,” said Lindo.

‘What One Dance Can Do’ was a monster hit and one of the biggest reggae songs for 1985. While Hammond had well-received songs like ‘One Step Ahead’ and ‘I’m in Love’, they were soul ballads that appealed to conservative Jamaicans.

‘One Dance’ made him a dancehall star in Jamaica and the Diaspora, and he has never looked back. For the next 20 years, ‘Cudjoe’ ruled the charts with a flood of hit songs that earned him the title of ‘King of Lovers Rock ‘.  That came after years of fighting in the trenches for recognition as a solo act and as lead singer of Zap Pow, a progressive reggae band that included bassist Mikey Williams and guitarist Dwight Pinkney.

The following are some of the hits Beres Hammond has recorded over the years.

‘One Step Ahead’ (1979) — Produced by Willie Lindo and written by Harold Butler, this timeless ballad is from the Lindo-produced Soul Reggae album.

‘Step Aside Now’ (1991) — Beres shows his bravado on this rocker, done to the beat of Dennis Walks’ ‘Drifter’. Produced by Rodguel “Black Beard” Sinclair.

‘Who Say’ (with Buju Banton, 1992) — The teacher and the student rock on this perfect ‘combination’ for Donovan Germain’s Penthouse Records.

‘Live On’ (with Marcia Griffiths, 1992) — Every king needs a queen. Marcia and Beres gave this Penthouse Records song the royal treatment.

‘Double Trouble’ (1993) — A clever recollection of staying out late and sneaking back in without the wife knowing. Produced by Steely and Clevie.

‘Putting up Resistance’ (1993) — A working-class anthem, Beres wails about keeping his head above water on this Tappa Zukie production.

‘Rock Away’ (1995) — The singer remembers his heroes, from Otis Redding to The Spinners and Dennis Brown, on this self-produced, easy-listening gem.

‘Can’t Stop a Man’ (1995) — Lovers rock at its finest. Produced by Beres for his Harmony House label.

‘They Gonna Talk’ (2001) — Beres tells his lady love not to mind the gossip. Love is inevitable. Another winner for Harmony House.

‘I Feel Good’ (2008) — Beres at his amorous best. A Penthouse Records production.

‘Fight This Feeling’ (with Shaggy, 2013) — Mr. Boombastic reached out to Beres on this toe-tapper which is driven by the melody of Dennis Brown’s ‘Sitting and Watching’. Recorded for Shaggy’s Ranch Entertainment.

‘God is Love’ (with Popcaan) — The Unruly Boss shows respect to Father Beres and the Supreme Being on a song that teams different generations of Jamaican music. Produced by Shane Brown.

This Article was first published by the South Florida Caribbean News