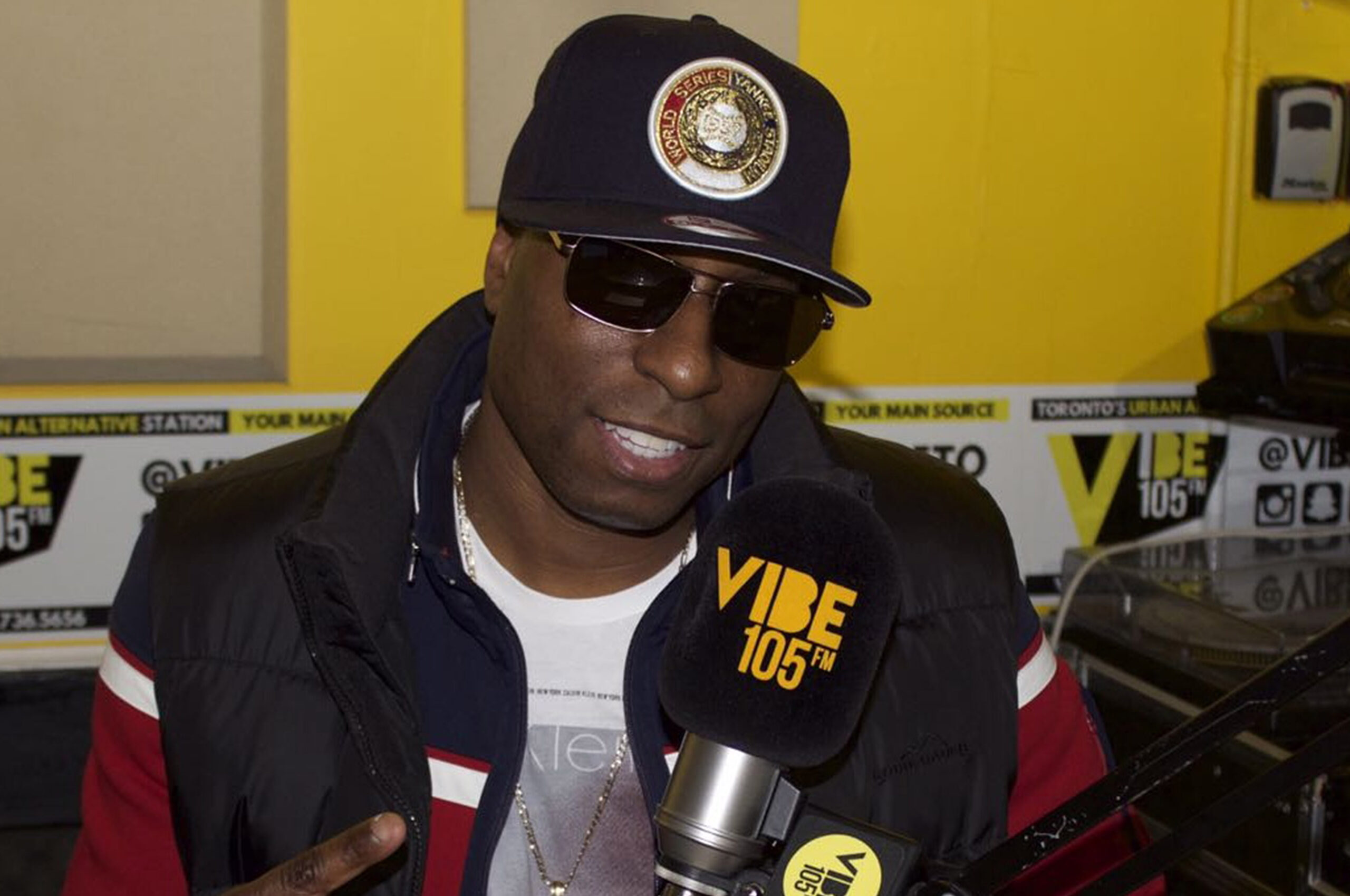 “Wiz breaks artists, Wiz breaks hits” is the mantra synonymous with radio host DJ Wiz and his Wizology Show on VIBE1055. With the recent launch of Wizology Record Productions to help magnify the careers of new talent from Canada and worldwide, he has now added more clout to his popular phrase.

Born in Ottawa, Canada, DJ Wiz moved to Toronto with his family at the young age of 16.  After honing his break-dancing skills and booking gigs with artist Kish, he became exposed to Reggae artists like Capleton, Ninja Man and Shabba Ranks and his love affair with Reggae Music began.  Being intrigued by the culture, he was drawn to dancehall and sound systems, and in the early 90’s under the tutelage of Dezzi, the owner of the renown Hi-Tek Sound, he was exposed to the intricacies of sound systems operations, which would ultimately set off his career in music.

Working on Hi-Tek Sound, DJ Wiz rubbed shoulders and performed with some of the top Sound Systems in the world; Stone Love, Metro Media, Soul to Soul, Tempo, Red Flame, and Upsetter to name a few. This eventually pushed him to start his own solo career in 1992 as Wiz the Vybz Machine, playing at smaller events while gaining popularity with the Dancehall Fraternity. This also led to him being recruited by Juiceman Jonathan Shaw to play on the JOYRIDE show on CHRY 105.5 FM.

DJ Wiz fan base grew through his weekly radio show and affiliations with different sound systems. He was then recruited by Gary from Love Child Hi-Power to tour abroad as their Selector.  Love Child soon became Canada’s #1 Sound for 3 years running, until they had to relocate in late 1997. In 1998, DJ Wiz became Wiz International, and was booked for playing parties and events in England, Jamaica and Japan. This earned him the title of Canada’s First International Selector by Canada’s Dancehall Fraternity.

In 2008, Wiz started the Wizology Show on CHRY 105.5 FM, a Reggae Music/Talk Show with an aspiration of giving back to the community and familiarizing artists’ names to the public.

He used his platform to help launch the careers of unknown Canadian artists such as Tiffany Malvo, Triston FiveStar, Kae Music and Kafinal who later went on to win a Juno Award.

DJ Wiz, like most people involved in reggae music here in Canada, believes there are many talented artists here, but there is a lack of respect and support for artists residing in Canada from all spectrums of the music industry, and that needs to be changed. “To me, what is lacking is the support and respect for our artists here in Canada. There is a lot of corruption from certain members of the reggae genre and the fact that most radio DJs do not genuinely support or believe in Canadian artists.  People at the head of the stream should learn to involve people who are more connected to the artists in this culture, rather than relying on mostly selfish information from one or two persons, because that format is clearly not working”.  He went on to state that, instead of the power that be trying to fight reggae artists out of the business, they should work with artists and welcome their ideas.

He also advises artists to spend wisely on themselves.  He believes spending money for a one week of fame or inclusion on charts to put music where it does not deserve to be, is not the answer. He believes it is better to find a professional with knowledge of the business and invest in themselves that way.  “Artists should spend quality time on their projects, which will eventually lead to a more productive outcome” he said. “It is better to have someone outside of your circle who has some knowledge about the overall creation of music, than taking advice from family and friends or the unscrupulous people who are always waiting in the wings to take advantage”.

DJ Wiz is not solely about music, as he has also started several charitable programs including Pancakes for Community and is involved in outreach programs like Gangs for Tuition for Keep 6ix Charity. In 2020, during COVID-19, DJ Wiz created the first Instagram talk show for dancehall, WIZOLOGYSHOW where he interviews musical and political guests alike. On this new platform, Wiz has brought in musical guests like Zj Sparks, Macka Diamond, Beenie Man, Matterhorn, Lionface, Ricky Trooper, Firelinks, Panther, Special Ed as well as political figures which include Canadian and Jamaican politicians such as Andrea Horvath, Jill Andrews, Olivia Chow, Mayor John Tory, and Damian Crawford.

According to DJ Wiz, the future is not far off.  That is why he is continuing to build and connect with young people.  He has started Wizology Record Productions and is currently working on the Parakeet Riddim in unison with Keep 6ix Records, which will be released soon. There are also plans for a TV Talk Show to help bridge the gap between reggae culture in Canada and the rest of the world.

People can tune into The Wizology Show on VIBE1055 or www.VIBE1055.com, Thursdays/Fridays from 3pm -5 pm.  Follow him on social media: