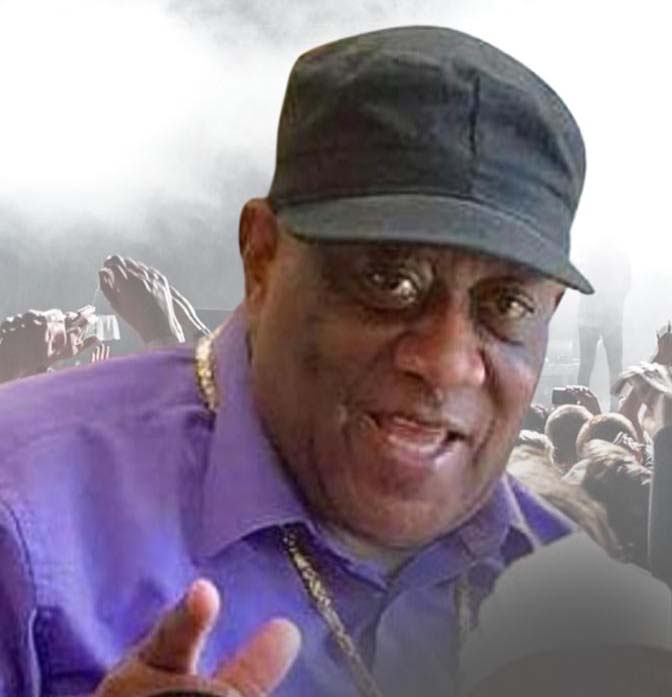 In the 1980s, when the infectious Jamaican dancehall music, singers, and DJs were taking the world by storm, Jamaican artists who resided in the diaspora were infected with the vibe, and they copied the sound, swag, and attitude, producing their version of the music, creating a legacy of their own.

Dancehall artists in Canada were no exception. People fondly recall the clashes between sound systems and DJs in that era. Artists like Bobby Zarro, Stamma Ranks, Gregory Culture, and Daddy Soji ruled the Canadian DJ hierarchy.

Veteran DJ Devon Irie was one of those early soldiers who relished and flourished in his hometown’s popularity. Over time he watched the original set of artists and those who came after moved on from the Dancehall scene. Four decades later, Devon Irie is the only one left holding a microphone.

Devon Irie is still active in the music business.  He still performs on stage shows and parties throughout the Greater Toronto Area and occasionally in Jamaica. He gets respect from his peers and supporters who recall his heyday and continue to show him love.

Devon Irie, christened Danaue Francis, was born in Victoria Town, Manchester, Jamaica. At an early age, Devon performed at school and concerts as a DJ although he knew little about dancehall at the time. He eventually honed his skill on sound systems like Creation, Capricorn, Black Champion, Technique, Magnum Force, Minstrel Aggravation, and Studio Mix with artists like Junior Reid, Don Carlos, Tulloch T, and John Wayne.

In 1985, Devon Irie migrated to Toronto, Canada, leaving Jamaica with a budding career in the music business. As soon as he arrived in Canada, he hooked up with the Upsetter Sound system, then joined the Casino Royal sound system for two years before moving to Black Roots.

His notoriety led to an invitation to record with Leroy Sibbles of the Heptones. The Studio One veteran had started his label and released Irie’s debut single, ‘Every Massive Has to Rock’.   The song proved a hit in Canada and led to the release of ‘Couldn’t Tire Fi See You’ and ‘Baby Do It.

In 1989, Devon Irie became the first Dancehall artist to win a Canadian Reggae Music Award, when he won the best Dancehall DJ of the year title. He repeated the feat in 1990. This resulted in Devon Irie getting booked across Canada, supporting artists such as Dennis Brown, Burning Spear, and Lieutenant Stitchie.

Victor ‘Tipper’ Henry, Sound System Owner, and Reggae Historian, worked with Devon Irie on his Tippertone Sound in the 80s and 90s. Tipper remembers the DJ as one of the original toasters on the Canadian Dancehall scene. “Devon Irie is among the first set of DJs in Canada”, he said. “Devon is one of the trendsetters with artists like Daddy Percy, Kitty Puss, Sugar Man, Steady Rider, and Bobby Zarro”, Tipper continued. “He came to Canada in 1985 and is still doing his thing today. Devon Irie is the longest surviving DJ in the Dancehall business in Canada”.

Reggae Artist Leroy Brown said, “He was the better DJ in the late 80s going into the 90s, he had a good sound, a good sense of timing, and he was a people person. Those combinations helped his career to where it went”.

RZee Jackson, a stalwart of the Canadian Reggae community said, “Devon Irie played his part in the development of the Canadian Dancehall scene, he was popular back in the ’80s and early 90’s, winning awards, he contributed a lot”, he said.

Other notable achievements by Devon Irie over the years include winning several music awards with Elsworth James for their hit single ‘Dadda Ragga’ released in 1994. He received accolades for the hit single ‘Thank God for Life’, produced by the Coptic label.

Devon Irie has no plans to take a break from music.  He says he will stop only when music leaves him. ‘One of Those Nice Days’,

produced by Ras Beagle is the title of Devon Irie’s next single, slated for release this October.