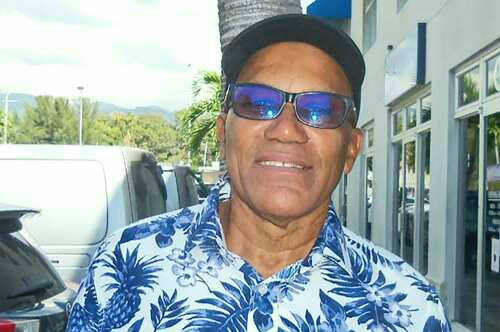 Although he has lived abroad for over 40 years, Clement Gordon lives and breathes Jamaica. The singer salutes his country’s resilience on ‘Rule the World’, which was released on August 5.

The song came out one day before Jamaica celebrated its 60th anniversary as an independent nation. Gordon, who has lived in Canada and the United States for over 40 years, recorded the song with patriotism oozing from his heart.

‘Festival’ refers to the festival Song Competition which has been held annually in Jamaica since 1966. Gordon and Leroy Brown, who produced ‘Rule the World’, had it mind for that event, but it did not make the final cut.  Undeterred, they released it as Jamaicans prepared for events marking their country’s Diamond Jubilee.

Gordon was born in Kingston, Jamaica’s capital, and moved around the city’s music circles in the 1960’s. Moving to Toronto during the mid-1970s, he became immersed in the growing reggae community along with Leroy Brown, Johnny Osbourne, Jackie Mittoo, Willi Williams and Leroy Sibbles.

He migrated to the USA in the early 1980’s, settling in Detroit. There, he performed in reggae venues such as Jamaica House, Majestic and Club Caribbean as well as the Wild Hare in Chicago.

In recent years, Gordon has collaborated with Brown on several songs including ‘Granny’, ‘Problems’ and ‘This Old Heart of Mine’. With ‘Rule the World’.  “If Jamaica really was the size of New York, we would rule di world. Everybody want to be like a Jamaican…that’s a fact!” he exclaimed.