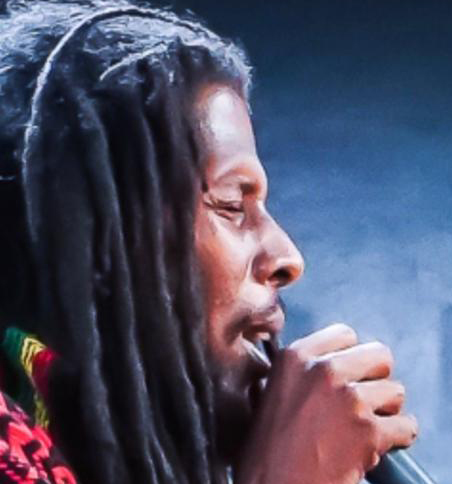 Roots singer Binghi Blaze has never been a conventional artist. Whether on stage or recording, he prefers to do things outside the norm.  That’s the case with ‘Rastalution’, his first album, which was launched in October at The Garden in South Florida.

He has done spot dates to promote the 15-song set since, but a more aggressive round of dates is planned for the new year.  “Wi promoting di whole album, wi not looking at any one song. Wi going to do different things, ‘cause wi believe in doing our thing differently,” he said.

Binghi Blaze co-produced most of ‘Rastalution’ with Dennis “Jah D” Fearon, a veteran musician whose credits include sessions with Culture and Edi Fitzroy.  ‘One True Friend’, ‘Pressuring the Poor’ and ‘Rastamance’ are previously released singles from the album.

From Manchester parish in central Jamaica, Binghi Blaze has been recording since 2013, his first song being ‘Jah is in Full Control’.  He and Fearon first met four years ago and quickly developed a strong bond. Fearon played keyboards on ‘Rastalution’, while Prince Manning is on drums with Phillip Jones and Barry Porter playing guitars.

Binghi Blaze is pleased with the outcome. “It’s a joy because a lot of artists don’t achieve dis. Releasing an album is a milestone for any artist,” he said.